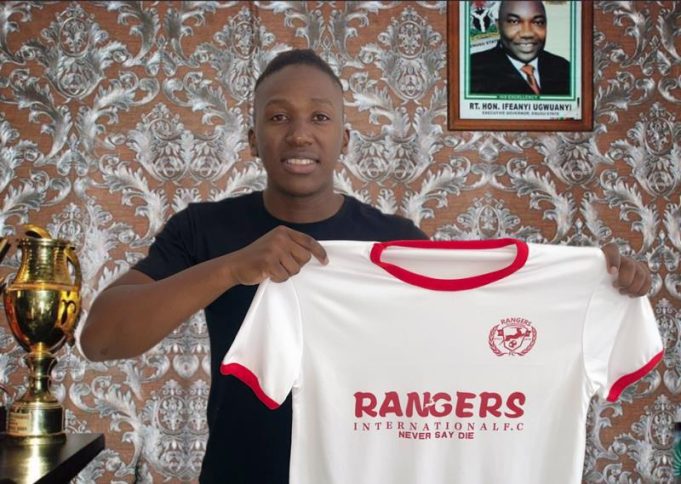 After spending two seasons in the Rangers youth team where he scored 35 goals in 52 games, he was offered a professional contract a few days after his 18th birthday.

He moved to China before the 2014/15 Nigeria Professional Football League (NPFL) started.

He was signed by Guangxi New England FC ahead of the 205/16 Chinese Liuzhou season.

“Yeah, that’s something special. I was young at the time and wanted to go to explore other options, so I’m all the more happy to be here again,” he added.

The winger possesses a unique profile that many clubs were after, no wonder Rangers were the quickest to win his coveted signature.

His style of play is said to be similar to that of Knowledge Musona. While he is comfortable in playing out from the deep and holding the line, he also possesses the ability to strike in attack when needed.

Moreover, his daunting physique makes him a strong presence in the wing. When combined with his ability on the ball, this makes him very reliable even under pressure.

The Zimbabwean plays as a centre forward, second striker and can also be deployed as a winger.

Enos is already in Rangers’ camp preparing heavily ahead for the 2021/2022 NPFL season.