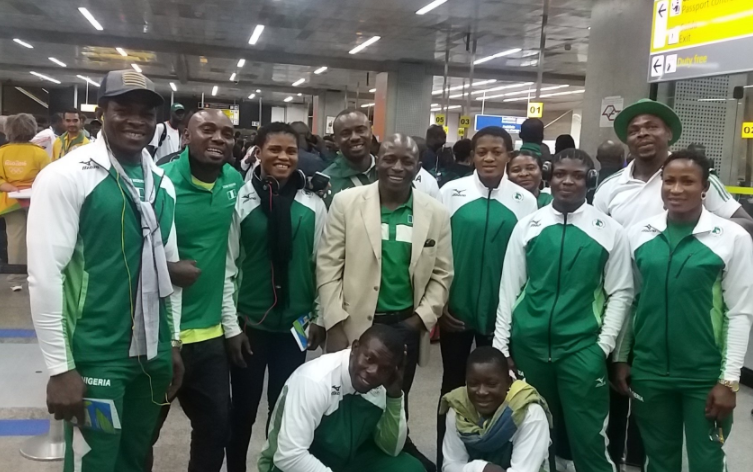 The Nigeria Wrestling Federation (NWF) have concluded plans to stage the first-ever Champion of Champions tournament in Yenagoa, the Bayelsa State capital.

The invitational tournament, which will feature the top 5 wrestlers in the six Olympic weight classes in Women Wrestling and Freestyle events, will take place at the ultra-modern Theatre of Wrestling Complex, Yenizue Gene from 15th to 18th January, 2021 under strict Covid-19 compliance.

It would mark the return to competition for Nigerian wrestlers, who last competed at the 2020 African Senior Wrestling Championships in Algeria nearly a year ago, no thanks to the outbreak of coronavirus pandemic.

NWF President and sponsor of the competition Hon. Daniel Igali said the Champion of Champions invitational tourney will help put the country’s ‘Olympic hopefuls’ in prime shape and ready for the 2021 African Championships and Africa/Oceania Olympic qualifiers both in El Jadida, Morocco in early April.

“The Champion of Champions (tournament) is an initiative of mine, and the reason for it is to get our Olympic hopefuls prepared for the African Championships and the Africa/Oceania Olympic qualification tournament coming up in early April,” the World and Olympic gold-medalist said.

“The goal for this tournament is to have the top 5 athletes in the Olympic weight classes to square off. So, all five of them will square off against each other.

“So, they’ll have four quality matches in the middle of January, just to get them prepared and to set the stage for the rest of the season.”

The Bayelsa State Commissioner for Youth and Sports Development also disclosed that prizes will be awarded to the eventual champions, adding that the federation will observe the prevailing Covid-19 protocols in the course of the tournament.

“We plan to have prizes for them (the champions),” he disclosed. “Baraza Multi-Purpose Society will help with some prizes. We are going to get details in the coming week.

“It (the tournament) will be Covid-19 compliant. We are only going to allow the required number of people in the hall – just the coaches, the referees, the wrestlers and very essential staff. So, we are not hoping to have more than 80 people in the hall for this competition.”

Interestingly, the competition is at no cost for the participants, as the NWF have decided to take care of the transportation, accommodation and feeding of the athletes, coaches and referees.