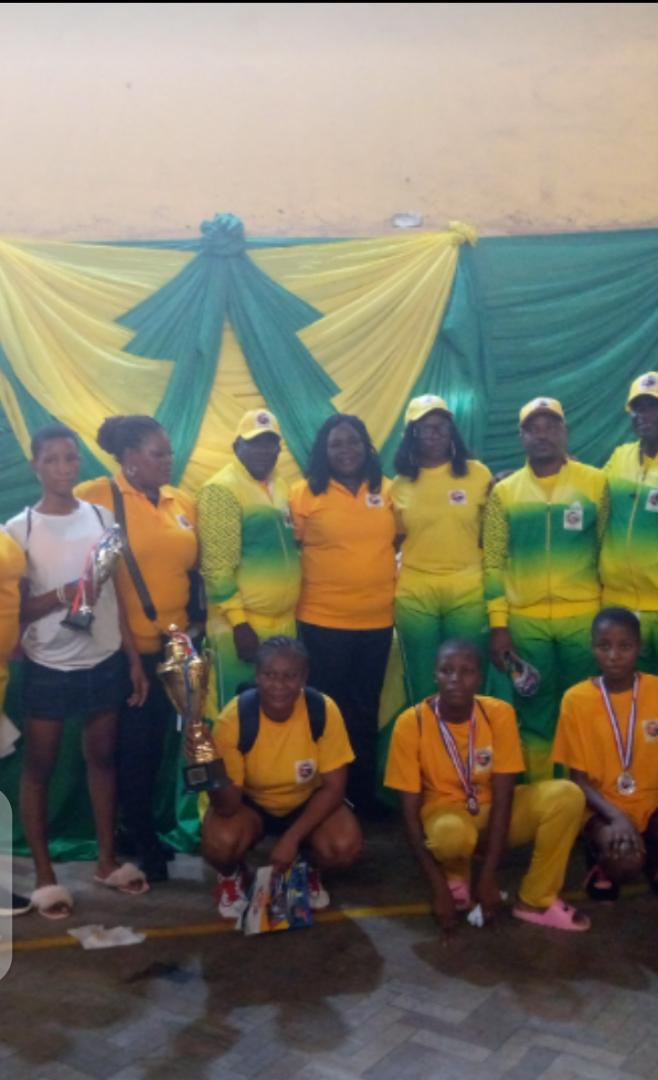 The two days event, which started on Tuesday,  where  the Senior, Junior and Cadet Players displayed their talent.

Adeyemi Olamide, Friday Destiny, won  gold and silver respectively in the Junior Boys singles while Babatunde modupe and Popoola Mariam emerged the winner and first runner up in the girls singles category

In the cadet category, kareem Karimot, Babatunde  Busola are the winner and first runner up in the girls  category while Bamgboye joseph and Bisiriyu Roqeeb won gold and silver respectively in the boys category.

Dignitories present at the finale includes; the Ogun state commissioner for Youth and Sports, Dr. Kehinde Oludare, Hon. Ayotunde Okunowo and  Hon. Wale Shodeinde. Chief Mrs Falilat Ogunkoya (MON), Director of Sports Mrs Folakemi Iyabode Rotimi along with all the management members of Ogun State Sports Council and as well as the invited guests of the Chief Sponsor of the event, Mrs Awawu Yekini.

Representing the Sponsor of the championship, her sister Mrs Yetunde Rufai revealed that championship will be an annual event.

Ex-coaches, Coach Toriola and Coach Emmanuel Kuye who happened to be the coach of the sponsor also graced the occasion and received cash rewards for their momentous service years.

According to the Head of  Information, Bola Giwa she disclosed that the initiator of the program Mrs Alaba Amusa with her colleagues expressed their appreciation to all the invited guests.