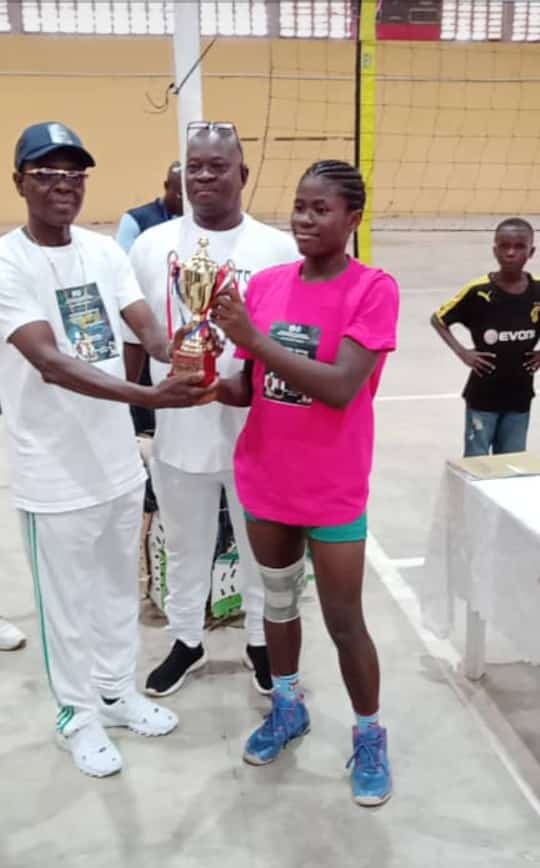 The team Ogun has been crowned the Champion of the U-17 Female Volleyball Southwest Championship.

Ogun state U17 Volleyball team defeated Lagos 3-0 at the final of the Female U-17 Round Robin and Group Championship.

The championship which started on Thursday with five Southwest State and on Saturday with team Ogun topping the medal charts.

The event took place at the Indoor Hall of Liberty Stadium, Ibadan.

Ogun Volleyball team played Osun State 3-0 as the last match before the final against Lagos where they won Lagos 3-0.