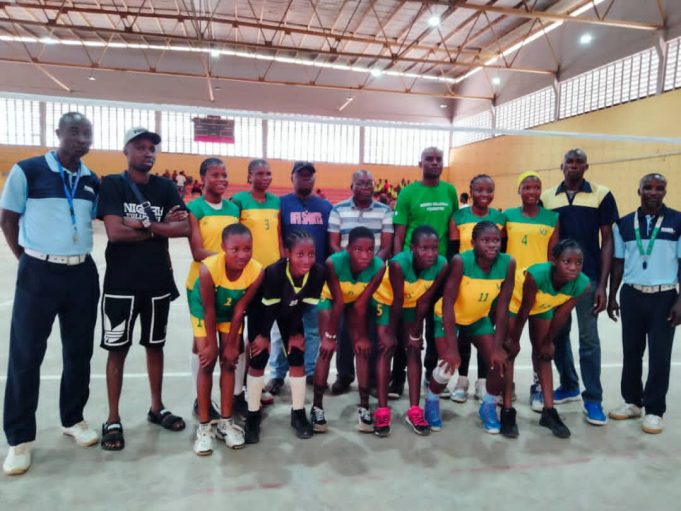 The Ogun Volleyball Team qualified for final at the ongoing Southwest U-17 Female Volleyball Championship in Ibadan.

The match kicked off on Thursday 24th, June 2022 at the Indoor Hall of Liberty Stadium, Ibadan.

Ogun, Oyo, Lagos, Osun as well as Ekiti participated at the Championship.

Ogun set to play with whomever win between Osun and Lagos team, the next competition on Saturday 26th, 2021, at the Indoor Hall of Liberty Stadium, Ibadan.

Covid-19 : FC Nilayo Given Clean Bill Of Health Ahead Of NNL Kick-Off