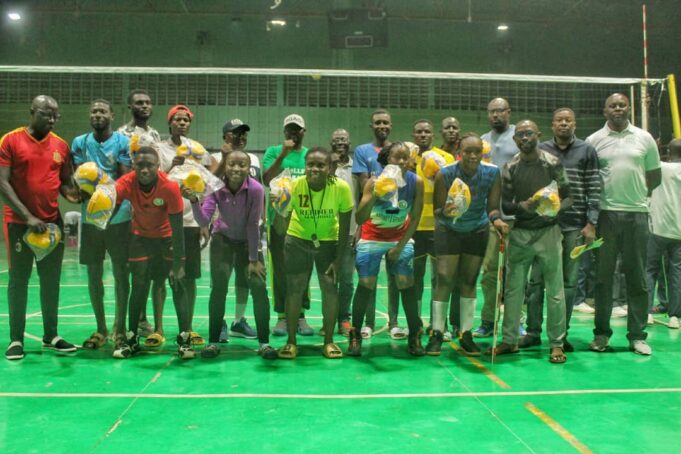 Maj Gen Gagariga made the donation after the match between Chief of Naval Staff (CNS) Spikers and Yelwa VC at the indoor sports hall of Ahmadu Bello Stadium on Tuesday.

He expressed happiness over the high rate of young players participating at the National Division 1 and 2 Volleyball Leagues.

Gagariga said, “The balls donated today are to encourage all the teams in the league. I have been monitoring the league and I observed that most of the players are relatively unknown while few of them have exposure at National Championship.

“I will continue to lay emphasis on the grassroots because their are so many young players that are yet to be unveiled. The coaches are trying there best and we will continue to support them in our own little way.”

Gagariga commended the players for exhibiting high level of discipline on and off the court at the ongoing league.

He said, “Volleyball is a game of discipline and I am happy all the players have exhibited high level of professionalism during the games.

“I am wishing all the teams that are going to gain promotion into the various leagues success”.