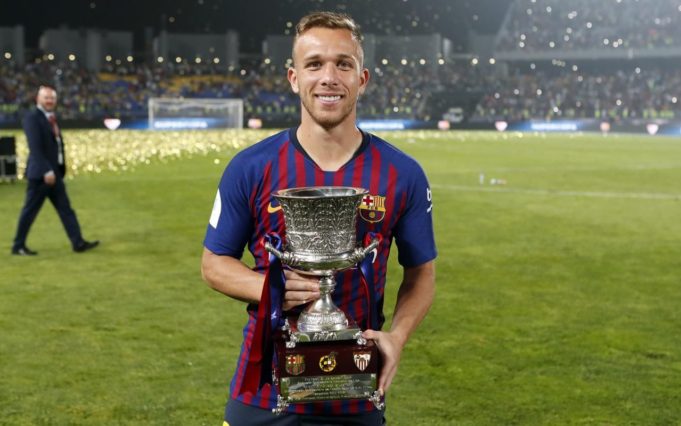 Nigerian forward, Victor Osihem, has been announced by French media outlets, RFI and France 24, as the winner of the Marc-Vivien Foe award for the best African player in the French top-tier league for 2019/2020 campaign.

Victor Osihem was signed by LOSC Lille during the last summer transfer window for a reported fee of about €12M euros. And with just 27 Ligue 1 appearances for the Mastiffs for 2019/2020 season because of the general cancellation of every sporting activity in France due to coronavirus pandemic, the Nigerian international was only able to find the back of the net 13 times and gave out 5 assists. His sensational debut season with LOSC Lille won him their player of the season award ahead of Renato Sanchez and Benjamin Andre.

Osihem winning this award means he’s the second Nigerian international in history, after Vincent Enyeama in 2014, and also the second consecutive Lille player to be awarded this individual prize in the last two years – Nicholas Pepe won this award playing for the Mastiffs last season.

This particular award was named after Marc-Vivien Foé in 2011 to honour the Cameroonian who died while playing against Colombia on the 26th of June 2003 in a football match at a FIFA Confederation Cup tournament in Gerland stadium, Lyon.

AFCON 2021: The storylines, the underdogs and the Contender