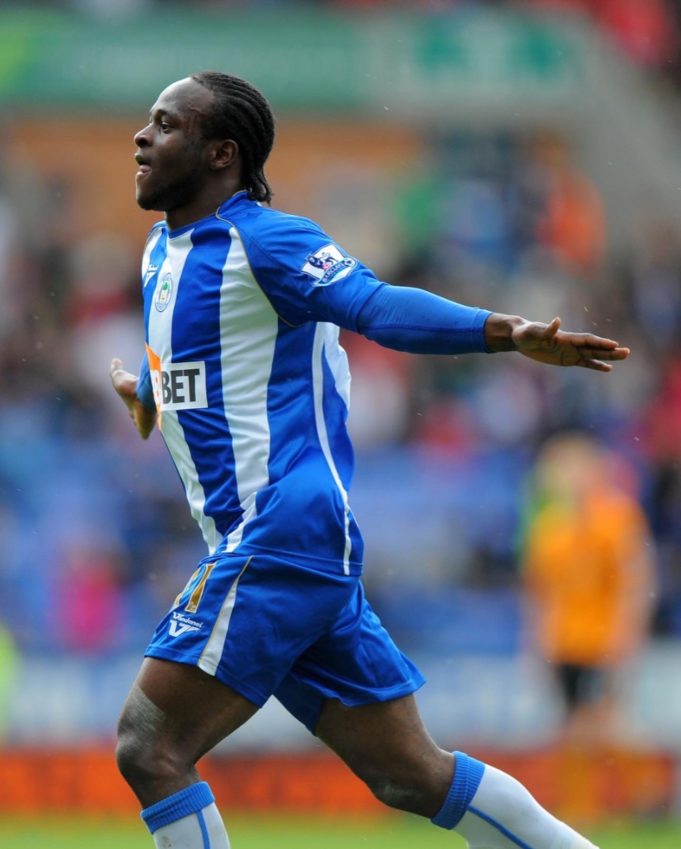 Former Super Eagles Star, Victor Moses has donated cash to support English League One club, Wigan Athletic in a bid to help save the club.

Moses made his Premier League debut in 2010 and spent two years at Wigan Athletic before switching over to Chelsea in 2012.

The Latics were relegated from the Championship when the elongated season finished in July after receiving a 12-point deduction for entering administration.

They went into administration just weeks after Next Leader Fund had taken over the club from fellow Hong Kong company International Entertainment Corporation.

Moses said that he had incredible memories with the club, saying he will do things to make it great again.

According to him on Twitter, “Wigan Athletic will always have a special place in my heart.I have so many incredible memories from my time there and the people of Wigan&everyone associated with the club have always been so good to me and my family.We must do all we can to protect the future of this great club”

The Chairperson of the Wigan Athletic Supporters’ club, Caroline Molyneux appreciates moses donation, saying his donation has helped them reach some milestone

“When Victor got in touch to say he wanted to help by donating such a substantial amount, I just couldn’t believe what I was hearing – it’s such an incredible gesture.

“Victor wanted to make the donation and remain anonymous but we simply had to make sure he gets the recognition he deserves. Victor’s contribution has taken us past £650,000 and to within £100,000 of our next target of £750,000.

“We are so thankful to Victor for his support. He is an excellent footballer, a true role model and someone we always enjoyed watching at the DW Stadium – he will always be welcome back here, even more so now!”

Wigan had already been allowed to enter the EFL Trophy and Carabao Cup, losing in the first round of the latter to Fleetwood Town in the Latics’ opening game of the 2020-21 campaign last Saturday.