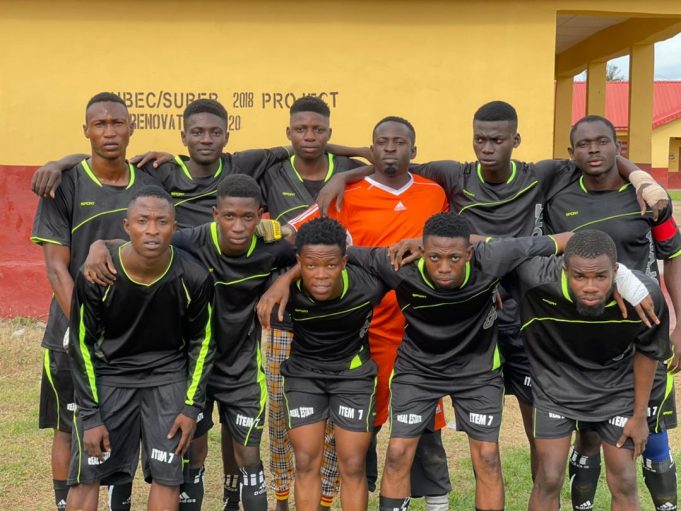 The Founder oof ekiti state based football club, Vicolas Fc, Ibitoye Victor Olamide have noted that the team will promote grassroots football and help In discovering young talents in the state.

Vicolas FC will battle Ebira united in the final of the 2021 Federation of student union cup  at the Ifelodun primary school on Sunday afternoon.

The match scheduled to hold 3pm tomorrow afternoon have been talking point within the Iworoko community as fans are raising optimism for their respective clubs.

Vicolas FC have been impressive in the competition so far haveing conceded three goals and scored multiple goals are the prospect to win  the competition.

Victor, the owner of Vicolas group, which include item7 restaurant at the community said the reason for creating the team is to promote grassroot football and help young talents discover themselves.

He added that, the team comprises majorly students of Ekiti state university and it’s a way to give back to his Alma mater.

Victor who also played football during his undergraduate days as student of Ekiti state university pledges to develop local football around the axis.

Meanwhile, Vicolas FC coach Samuel Ayomide said despite the fact that the team have been extraordinary ever since they were created few months ago. He said that, the team came to the competition to play for the beauty of it but “Has God have it we are at the final of the tournament” said the coach.