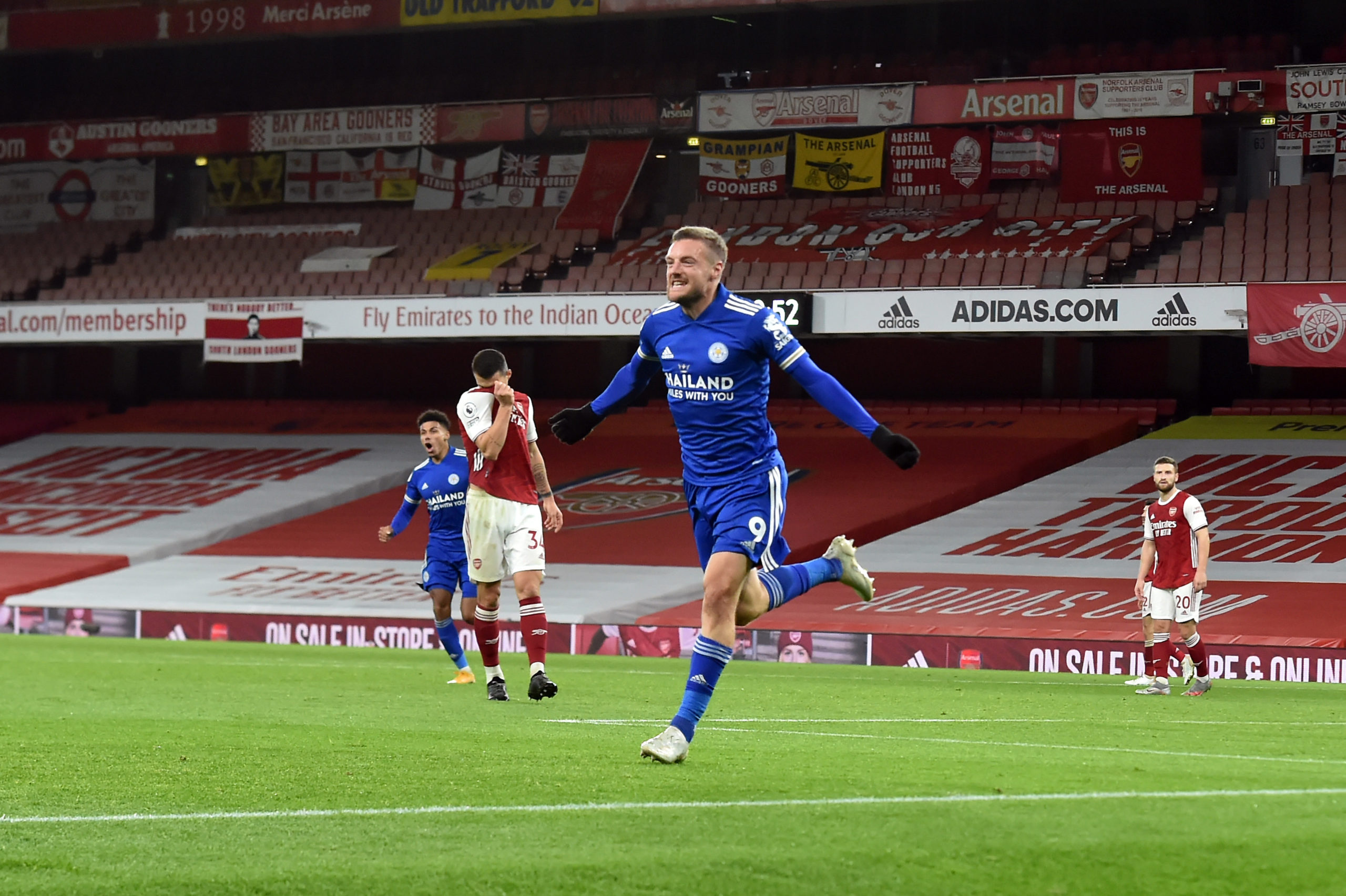 Vardy was only fit enough for the bench after a calf injury, but Foxes manager Rodgers sent the striker on with 30 minutes left. Vardy responded with his sixth goal of the season.

The 33-year-old has made a habit of tormenting Arsenal and has now scored 11 goals in 12 Premier League games against them.

“Our plan was always to bring Jamie Vardy into the game and he can stretch it,” said Rodgers.

“He makes the big contributions in the big games,” he added after Leicester’s first win at Arsenal since 1973.

“That shows you the level he is at and he is a world-class player. I’m lucky to have him.”

Leicester climbed to fourth after ending a run of two successive league defeats.

“We deserved it, we played against a really good side and have players who can run in behind,” Rodgers said.

“To keep a clean sheet and play with the quality and calmness was good.”

Arsenal are languishing in 10th after a second consecutive league loss following their 1-0 defeat at Manchester City last weekend.

But it might have been a different story when, early in a then goalless game, Arsenal’s Alexandre Lacazette headed in from a corner only for his effort to be disallowed for offside against Granit Xhaka.

“I’m really disappointed, we had it in our hands in the first half and I don’t know how the hell Lacazette’s goal was disallowed,” Arteta said.

“It is difficult to create spaces with 10 men behind the ball, but we should have finished the game better.”

The principle problem is a sudden dip in form for captain Pierre-Emerick Aubameyang.

The Gabon forward is without a goal in his last five league games — his worst drought since 2014, although he did net against Rapid Vienna in the Europa League on Thursday.

Aubameyang has scored just once in the league this season, hardly the kind of form Arteta would have hoped for after handing the striker a lucrative new contract in September.

Arsenal’s ability to challenge for a top four place rests on Aubameyang leading the charge. So far this term he has been a flop.

Arsenal keeper Bernd Leno was at fault for the goal his side conceded in Vienna and the German nearly gifted Leicester the lead inside the first two minutes.

Alexandre Lacazette headed in from an Arsenal corner moments later, but the goal was disallowed for offside against Granit Xhaka.

Arsenal were on top and Bukayo Saka’s strike forced a good save from Kasper Schmeichel before Aubameyang headed over from Kieran Tierney’s cross.

Lacazette should have done better with a good chance from another Tierney cross before Saka shot into the side-netting.

Arsenal suffered a blow when David Luiz limped off early in the second half.

Arteta sent on Nicolas Pepe midway through the half in a bid to perk Arsenal up.

Bellerin brought a good save from Schmeichel when he met Aubameyang’s cross with a powerful volley.

But Arsenal were hit with a sucker punch in the 80th minute.

Youri Tielemans’ ball over the top for Cengiz Under was perfectly weighted and the Turk squared across goal for Vardy to head into the empty net. 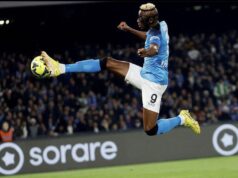