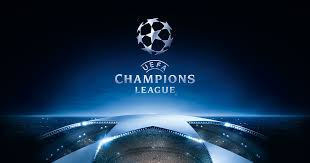 Liverpool conceded a stoppage-time equaliser as
Sevilla fought back from 3-0 down at half-time
to take a point from a dramatic Champions
League game.

The Reds looked to be coasting into the
knockout stage for the first time since 2009 as
two goals from Roberto Firmino and one from
Sadio Mane put them in total control.
Yet after Alberto Moreno needlessly conceded a
free-kick against his former club, Wissam Ben
Yedder’s header made it 3-1.
Moreno then conceded a penalty by clipping Ben
Yedder, and the French striker scored after being
ordered to retake a successful spot-kick because
of encroachment.

Guido Pizarro poked home in the third minute of
added time as the hosts snatched a draw.
Liverpool remain top of Group E and must avoid
defeat when they host Spartak Moscow on 6
December to ensure they advance.

Reaction as Liverpool draw with Sevilla
A first half to remember
When the half-time whistle blew, five-time
winners Liverpool looked set to join Premier
League rivals Manchester City and Tottenham in
the draw for the last 16 on 11 December.

The Estadio Ramon Sanchez Pizjuan has become
a fortress for Sevilla, with no visiting team having
won there for more than a year.
Yet the Spanish side were stunned as Liverpool,
inspired by Philippe Coutinho, produced a
scintillating first-half display.
Coutinho corners led to the first two goals.

The first, with less than two minutes on the
clock, was flicked on by Georginio Wijnaldum
into the path of the unmarked Firmino, who
swept home.

Firmino then turned provider as he flicked on
another corner for Mane to power home with his
head, his first goal for the Reds since 27 August.

Moments earlier, Sevilla had two chances to
equalise – Reds keeper Loris Karius using his left
hand to save from Nolito before Ben Yedder
fired wide when he should have scored.

But the game looked to be over when Firmino
tapped home to make it 3-0 on the half-hour,
Mane’s shot parried into the Brazilian’s path for
a simple finish.

A second half to forget
Liverpool famously came from 3-0 behind to beat
AC Milan in the 2005 final, but here they were on
the receiving end.

Sevilla’s comeback started in the 51st minute,
Moreno conceding a foul which allowed Ever
Banega to whip in a free-kick which Ben Yedder
glanced home.
Moreno’s night went from bad to worse nine
minutes later.

The full-back failed to control the ball inside his
own area and ended up fouling Ben Yedder, who
beat Karius for a second time from the spot after
German referee Felix Brych ordered a retake.
Liverpool had become a mess at the back.

Substitute Franco Vazquez fired straight at
Karius before the Reds keeper got his hand to
Sergio Escudero’s fierce strike, the ball hitting
the underside of the bar before rebounding to
safety.

Their reprieve was short-lived, though, and
Pizarro struck in the dying moments to leave
Liverpool with work to do. 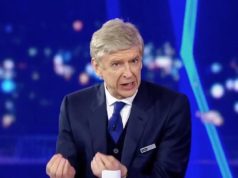