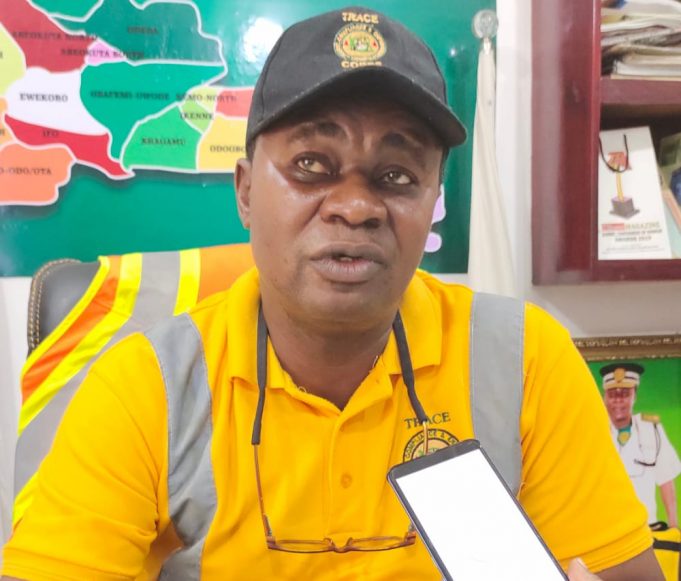 The Corps Commander, Ogun State Traffic Compliance and Enforcement Corps (TRACE), Mr. Seni Ogunyemi has underscored the importance of sports to address social vices among the youths in the country.

He advised sports writers in the state to partner with the state ministry of education in reviving the glorious Principal’s cup.

Mr Ogunyemi stated this at the weekend in Abeokuta while hosting the Ogun State Chapter of Sports Writers Association of Nigeria (SWAN) on a courtesy visit.

The TRACE boss described the resuscitation of Principal’s Cup in the state as essential to the discovery of talents for the state.

The TRACE Corps Commander while recounting his growing up days said principal and governor’s cups were organized to promote unity and strengthen relationship among various schools in the state.

He said there was need for government at all levels and other stakeholders to fashion out ways to revive the principal’s cup as well as sporting activities in the state.

Mr Ogunyemi who commended SWAN, for the proposed SWAN/Security football competition, encouraged the association to continue to engage relevant stakeholders towards bringing the good old days of grassroots tournament in the state.

Earlier, the State SWAN Chairman, Hakeem Akintunde said the security cup is to further strengthen the relationship among the file and ranks of the security agencies in the state.

He said the football tourney would reveal potentials of the security operatives and bring them closer to the people.