Tiger Woods has been cleared to resume full golf activity with no
restrictions by the doctor that performed back surgery on the 14-time major champion in April, reportedly.

The 41-year-old American has only played six competitive rounds in the past two years while trying to recover from multiple back surgeries.

“He got a nice report and is allowed to proceed,” Woods’ agent Mark Steinberg said in the report.

The American former world number one won the last of his 14 major titles in 2008 and late last month suggested he may never return to competitive golf but also said he was “optimistic” he could.

Woods has posted a series of videos on Twitter recently while hitting
a variety of shots, including one on Sunday showing him hitting a
driver under the caption “Making Progress.” 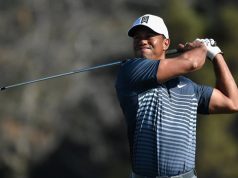 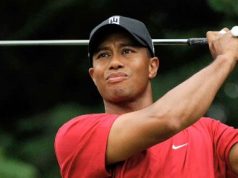