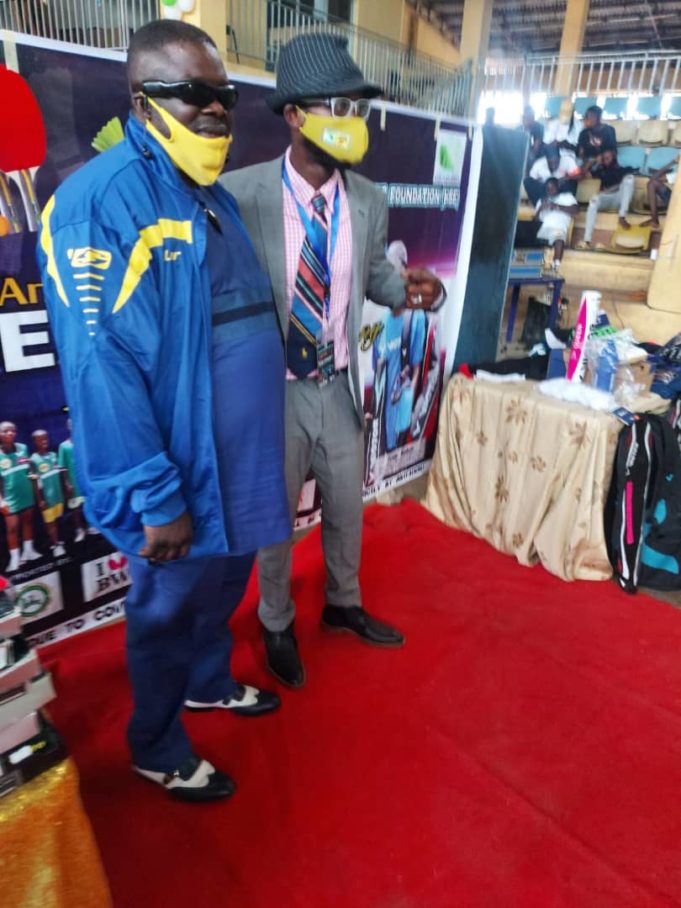 The development of sports in Ogun State has been described as a collective effort which requires the coming together of stakeholders of different specialties.

These were the words of the Hon commissioner of youth and sports in Ogun State, Dr. Oluwadare Kehinde while delivering his speech at the annual equipment presentation ceremony put together by Hoffnung Sports Foundation, an initiative of Germany based former Nigerian Table Tennis Player Adedapo Akiode held at Alake Sports Center Ijeja, Abeokuta today.

Represented by his Special assistant Hon. Shodeinde Olawale Oladimeji, the sports commissioner noted that the state government is keen about taking sports to the next level while assuring that the Prince Dapo Abiodun led Administration will hit the ground running with plans immediately sports is safe to return in Nigeria.

On the part of former chairman House committe on sports, Ogun State House of Assembly, Honourable Femi Allen Taylor, Hoffnung Sports Foundation has continued to demonstrate passion towards developing grassroots sports in the Gateway State, he appealed to well meaning Ogun indigenes to key into the idea and take the sports sector with all sense of seriousness.

Those who benefitted from the gesture include Bisiriyu Rokeeb, Bankole Babatunde who is the current Number one Nigerian Junior Badminton player, Abiona Ayomide, Adisa Shuaib among others.

The special assistant to the governor on youth and sports Hon. Lamide Lawal graced the occasion and was part of the dignitaries that presented the equipment to the beneficiaries.

Also present was the Special adviser to the governor on Special duties, Honorable Nurudeen Aka, Legendary Olympian Falilat Ogunkoya and a host of others.

At the end of the event, Acting Director of the state sports council Mrs Iyabode Rotimi charged the recipients of the equipment to put them in good use, she also appreciated Mr Dapo Akiode for making it an annual ritual to extend love to athletes from Ogun State.

In his vote of thanks, Chief Executive Officer of Hoffnung Sports Foundation Mr Dapo Akiode appreciated God for making the event a reality despite the effect of Covid-19 all around the world, he said he is a fulfilled man who finds joy in developing sports, he added that as long as God lives, he would continue to give back to the society that made him.

He confirmed that the equipment he donated is worth close to two million naira but he is highly elated that he has been able to give back to the kids who he described as the leaders of tomorrow.

He appreciated the state government under the leadership of Prince Dr Dapo Abiodun for creating an enabling environment which made it possible for a private sponsor to assist in developing sports.

The Covid-19 rules were strictly adhered to as the security personnels on ground ensured that nobody gained access to the premises without wearing a facemask.