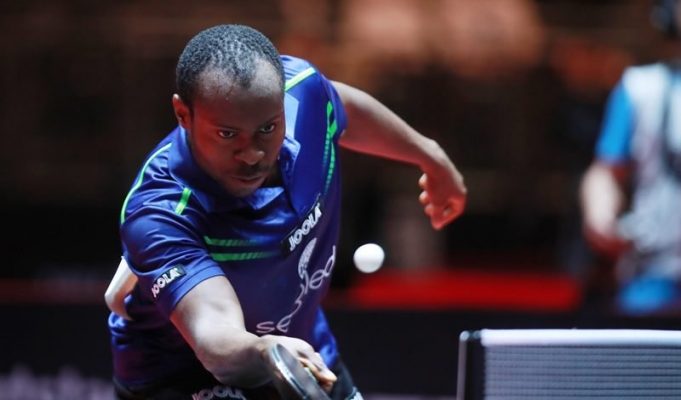 Africa table tennis top seed Aruna Quadri is set to book his qualification to the 2020 Olympics in Tokyo when the ranking list of qualifiers is released in May by the International Table Tennis Federation.
The table tennis qualifiers for the Olympics started in 2019.

A total of 70 athletes are expected to be part of the competition in the men’s singles, with 61 already booking their places at the Games.

A slot will be contested for at the Oceania Qualification Event in Brisbane, but eight more will make the cut from their current ITTF standings.

Aruna, currently ranked 20th in the world, will be the second name on the list of athletes that will book their spot at the Games through the ITTF ranking.
He will be behind England’s No. 1 and world’s No. 15 Pitchford Liam, who lost the final of the World Singles Qualification Tournament in Doha in March to Russia’s Kirill Skachkov.

Quadri couldn’t qualify for the Olympics last year, after suffering an injury, which forced him to retire from the African Olympic Qualifying Tournament in Tunis.

The Nigerian also failed to book a slot at the Games after being knocked out in his opening match against world No. 185, Russian Vladimir Sidorenko, at the World Singles Qualification Tournament last month.

The 32-year-old is the first African to reach the quarter-finals of the Olympic table tennis event, a feat he achieved at the 2016 Games in Brazil.