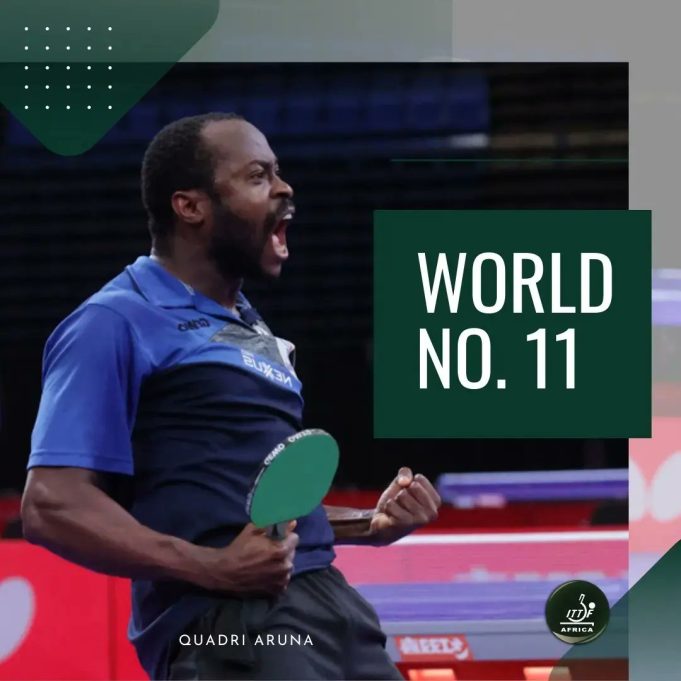 Nigeria’s Aruna Quadri has been ranked 11th in the world in the latest International Table Tennis Federation.

In the release for January by the ITTF, African players were among the biggest movers in the latest ITTF rankings

Yousra Helmy gained eight places up to be rated 81st in the world ranking.

In the female rankings, Edem Offiong, another Nigerian star player hit top 100 after gaining nine steps up the ranking as the third best female player in Africa.

Another Nigerian, Olufunke Oshonaike moved down three places to be ranked 177 in the world.

conte not happy with EPL fixtures