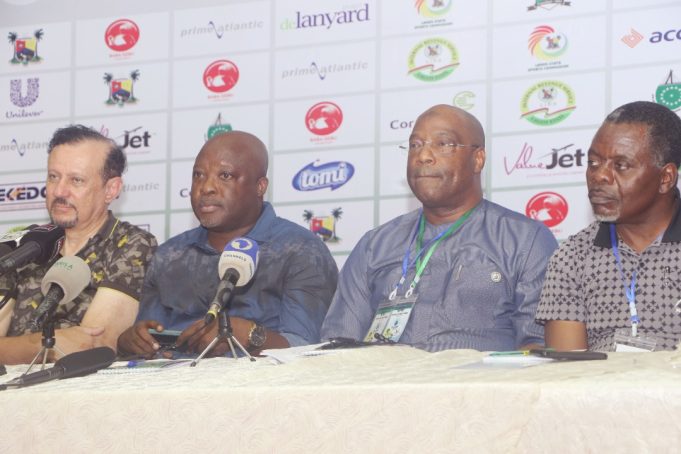 Sixteen clubs made up of nine men and seven women will compete in the African Table Tennis Club Championships from May 23 to 25 while 48 players (28men and 20women) will compete for the continental slots at the Africa Cup from May 26 to 28 at the Molade Okoya-Thomas Hall of Teslim Balogun Stadium.

It was without mincing words that the President of ITTF Africa, Khaled El-Salhy tagged Nigeria’s commercial never centre, Lagos as the hub of table tennis in the continent following the successful staging of several ITTF-sanctioned events.

Speaking at the press conference to herald the commencement of the 2022 African Club Championships, the Egyptian specifically thanked the Lagos State government for their commitment to the sport in the last seven years which he said has helped to produce world-beaters.

“I must commend the government of Lagos State for what they have done for table tennis because the city has become the hub of table tennis because all players within and outside Africa are always looking forward to competing at the venue, especially with the huge spectators that most times supporting the players regardless of their teams. ITTF has now seen Lagos as one of the cities that they cannot ignore when it comes to staging top-class competition and for us in Africa, we are always confident that the state has the capacity to host major international tournaments,” El-Salhy said.

He described the just-concluded Western Region tournament as a testament to what to expect in the next few days when the Club Championships and Africa Cup start.

For the Chairman of the Main Organising Committee (MOC), Wahid Enitan Oshodi, the staging of a top-class tournament would not have been possible without the huge support from the Lagos State Government as well as sponsors. “We cannot get to where we are at the world level without the support of the Lagos State government because what we have achieved became reality based on their backing. Also, our sponsors play a huge role in where we are today and we hope we can continue to rely on their support,” Oshodi said.

For the chairman, Lagos State Sports Commission (LSSC) Sola Aiyepeku, the state has seen table tennis as one of its important sports that has continued to put the state on the world map. “We believe that with what we have been able to achieve with table tennis, we can boast to say that we are capable of hosting the world. But this was made possible with the commitment of MOC chairman Oshodi whose passion has continued to inspire us to always do more and we are committed to the sport. We thank the ITTF and ATTF for their confident repose on us and we will continue to raise the bar,” Aiyepeku said.

NFF election: I have unfinished business in glass house -Pinnick