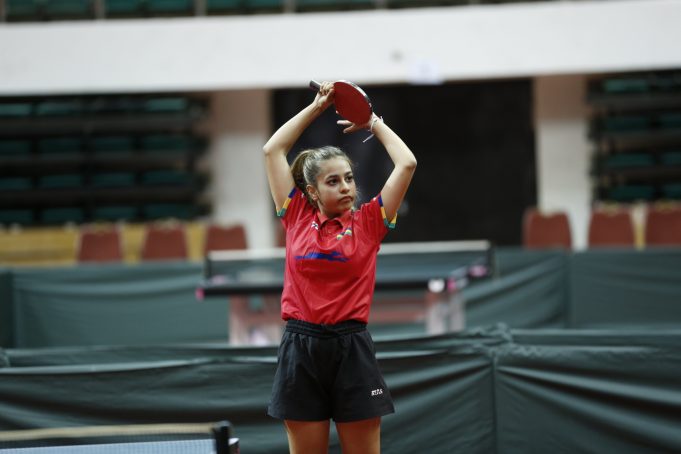 Egyptian 13 year old Hana Goda has defeated one of the most successful female players in Africa, Dina Meshref 4-2 in the women’s singles semi finals at the ongoing African table tennis championship in Cameroon.

Her defeat is the major upset in Yaoundé as she defeated the defending champion.

She is targeting her first international Gold medal on the continent as she gets set to face her country’s compatriot Maram Alhodaby in the final.

Maram will be making her debut at the African table tennis championship final after defeating Helmy Yousra 4-2 in the second semi-final.

In the men’s category, African Number one Aruna Quadri has booked a place in the Men’s singles final as he defeated Ahmed Saleh 4-3 in a dramatic clash.