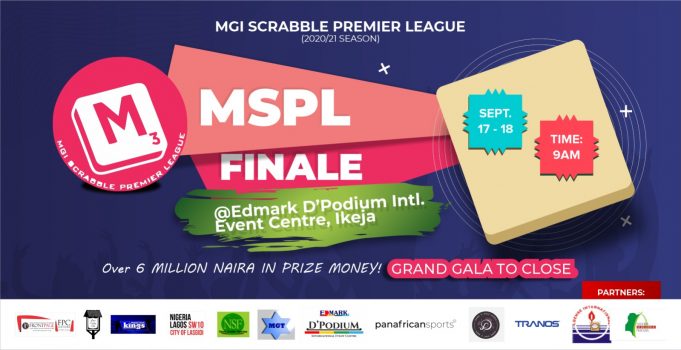 Mindgames Scrabble Premier League  division A side Airpop Alpha and Division B campaigners Airpop Falcons have unveiled their new kits engineered by SW 10.

Airpop Alpha is competing against 11 other clubs in Division A while the all-female cast Airpop Falcons is challenging nine other teams in the second tier division.

For a sport which is highly intellectual and known for developing the mind, unveiling SW 10 apparel as kit sponsor has showed a new trajectory in scrabble Championship.

Adekoyejo Adegbesan who masterminded this innovation said unveiling SW10 as the teams’ kit sponsor is a strategic way of motivating his players ahead of the MSPL Finale which resumes on September 17.

“The unveiling of these teams is to really highlight the SW10 apparel sponsorship of the jersey. Others would be to give Airpoppers some mileage and the the MGI league.”he said.

The orange-coloured jersey with black tapering with “Airpopper” emblazoned on it has sparked a tingling buzz amongst scrabble buffs.

A feel of the SW10 powered apparel revealed an exciting quality that matched a blend of flair and diversity which is the attribute that made the teams to stand out.

Adegbesan emphasised that their strength going into the final round of games, lies in “the diversity, flair and having the best female players in the country.” he continued,  “members in the team represented Nigeria at the last world championships in Goa, Tunde Oduwole and Bukunmi Afolayan. Both are captains of the respective Airpopper teams.”

This distinct development has set Airpop Alpha and Airpop Falcons on a good stead for positive placement at the MSPL which takes a centre stage this weekend in Lagos.

The teams have moved into a closed camp which opened on Monday.

Adekuroye, Amusan, others get adopted as Minister launches initiative to support...