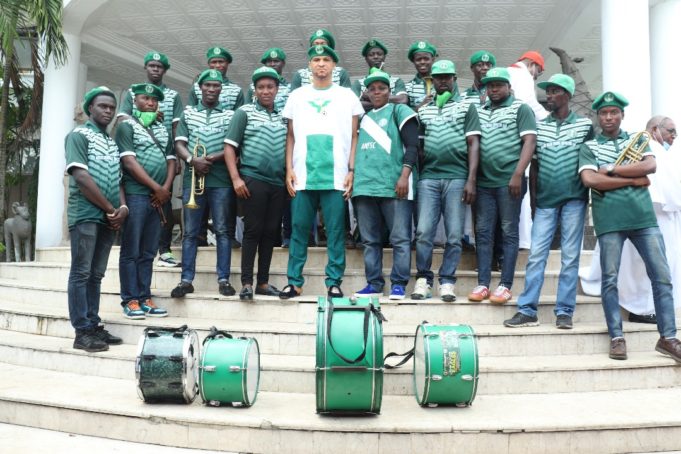 The President of Authentic Nigeria Football Supporters Club, Prince Abayomi Ogunjimi has said that the supporters club has put finishing touches towards having a live viewing centre for fans of the Super Eagles to come and support the team as they take on the Leone Stars of Sierra Leone in an AFCON 2021 qualifier on Friday at the Samuel Ogbemudia Stadium.

Prince, Ogunjimi made this known while featuring on Silverbird Television’s Sports cafe on Thursday morning.

According to Prince Ogunjimi, “Authentic Nigeria Football Supporters Club has always being the 12th man for the Super Eagles and other national teams but the common enemy (Covid-19) has made that difficult this time but we still believe that the Super Eagles will soar over the Leone Stars”

Remember that the Super Eagles are scheduled to play behind closed doors due to Covid-19 regulations as stipulated by CAF, the NCDC and the PTF

NFF’s Director of Competitions, Bola Oyeyode on Monday said only individuals accredited by the NFF would be allowed inside the Samuel Ogbemudia Stadium for the Day three of the 2021 Africa Cup of Nations qualifier.

“I am excited by the sense of dedication and commitment exhibited by the players. We have not played a competitive match in a long time, but they look very ready and good to go. We expect at least four points in these two matches.” Prince Abayomi said.

In this light, the Authentic Nigeria Football Supporters Club has thrown open the gates of the National Secretariat situated at 96, Ogunlana drive, Surulere Lagos for Nigerians to cheer the Super Eagles to victory with lots of entertainment, refreshments and other side attractions.

All that is required for admission into our hall to watch the game is to come wearing your Nigerian jersey, face mask and a means of identification. 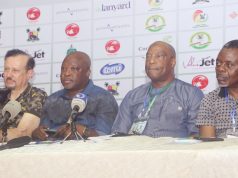