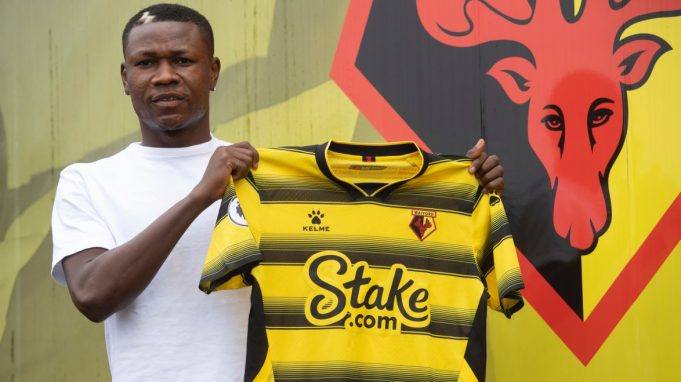 Premier League club, Watford have continued to show confidence in the talent of Nigerian players over the years as they announced the completion of the signing of Samuel Kalu from Ligue 1 side, Bordeaux.

The winger completed his medical with The Hornets on Wednesday at the Watford training centre, penning a three-and-a-half-year deal.

The deal is rumoured to be in the region around €500k plus bonuses making him Watford’s fourth signing of the January transfer window after Samir, Hassane Kamara, and Edo Kayembe.

Several Nigerian players have adorned the famous black and yellow stripes for the Hornet both in the past and at the moment with the likes of Odion Ighalo, Danny Shittu becoming a household name at the club.

It’s believed that Watford have been monitoring Kalu for some years and decided to get the deal now.

In August, Kalu aroused concern when he collapsed in the first minutes of Bordeaux’s game against Marseille, only to later clarify that he was alright and blamed the incident on a “dizzy spell.”

The former Gent player featured 86 times for the French outfit netting 10 goals and providing 8 assists during his 4years spell at the club.

The 24-year-old will join a host of his fellow Nigerian compatriots at ‘The Hertfordshire’ club that already includes informed striker Emmanuel Dennis, William Troost-Ekong, Oghenekaro Etebo, Dele Bashiru who is currently on loan at Championship side Reading, and recently signed Super Eagles goalkeeper Maduka Okoye also on loan with Dutch club Sparta Rotterdam until the end of the season.

Watford is yet to win any of their five last matches and currently sits 19th in the table but will hope to turn the situation around when they travel to Saint Mary Stadium to face Newcastle United in their next Premier League match. 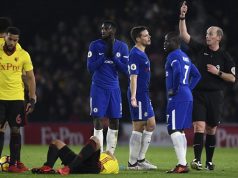 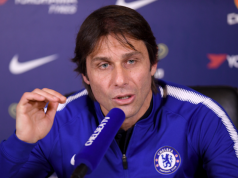