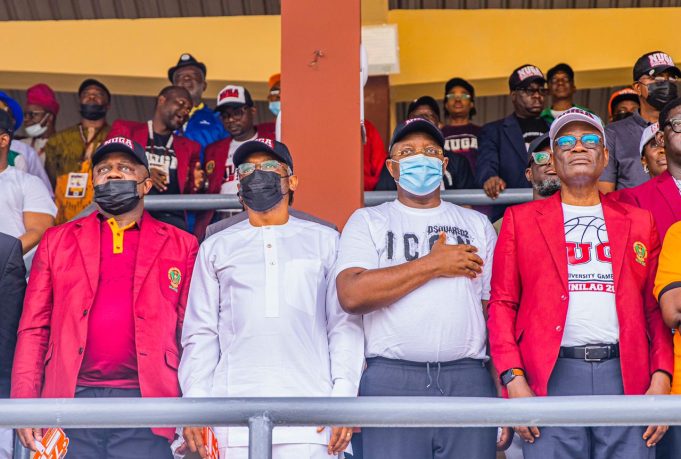 The Ministry of Youth and Sports Development, under the leadership of Honourable Sunday Dare gave out five hundred thousand Naira to the late family of Justice Christopher. The Media Aide to the Honourable Minister, Kola Daniel made the pledge during the Funeral ceremony in Jos.

According to the ace sports journalist, “I’m here to represent the Honourable Minister and to sympathize with the family of Late Justice Christopher, who represented this country at the Senior World Cup in Korea Japan. He was a combative midfielder during his playing days and remain the only son of the soil of Plateau State to have played at the senior level as far as World Cup is concerned. He deserves a National recognition and that is why i am representing the Honourable Minister in his burial ceremony”, he concluded.

The Ministry of Sports has cultivated the habit of reaching out to ex internationals who are no longer in existence, the likes of Late Rashidi Yekini, late Sam Okparaji, late Ali Jeje, among others whose families are beneficiary of Athletes welfare scheme of the Ministry.