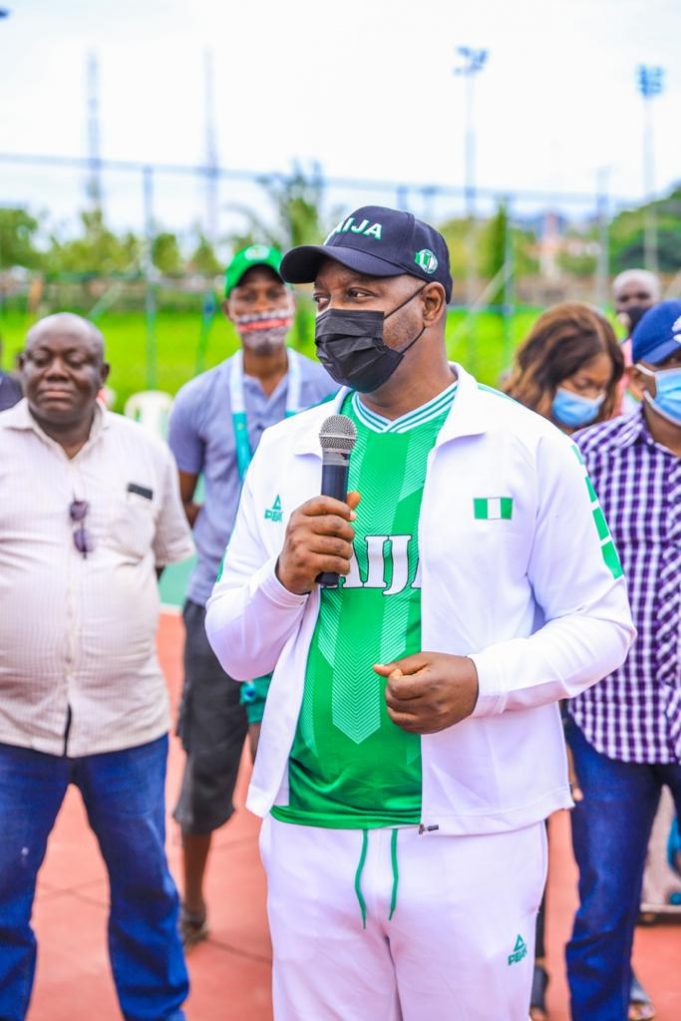 The National Sports festival Edo 2020 has lived up to expectation in forging National unity and the discovery of talents, says Sports Minister Chief Sunday Dare

While giving an overview of the biennial games, the Honourable Minister stated “By and large, our expectations have been met as a Ministry. The National Sports festival remains a strong tool for national unity which brings together young talents from across the length and breadth of the country. Apart from the spirit of sportsmanship, we have seen great display of talents and skills, and cutting edge competition amongst our young athletes. Also, we’ve seen records broken and excitement from the participants who had waited and trained for years to do this.”

The Minister who went round over 12 venues at festival revealed that swimming is one of the sports where the country can win more than one medal at the Olympics. “This country should be one of the top swimming countries in the world, that is also one of the sports where you can easily win the highest number of medals. The most important lesson is how we can develop swimming. When you look at the South South and the Far North for example the Argungun Festival where people swim, it has always had potential. So we need to focus on swimming because we can get more than 10 medals from the Olympics.”

The Minister expressed delight on the athletes impressive performances, insisting that the Adopt an Athlete Initiative where some athletes were funded to train, get coaches as well equipments under private partnerships was paying off.

While commending the President of The Handball Federation of Nigerian, the Minister said “I have seen a high display of skills from our young boys and girls in handball, this country will start an handball program which could eventually result to Nigeria becoming world beaters. The Handball president is very innovative as he has been able to leverage on private sponsorship which is critical for every single federation. This has made the Handball Federation one of the most successful Federations in the country”