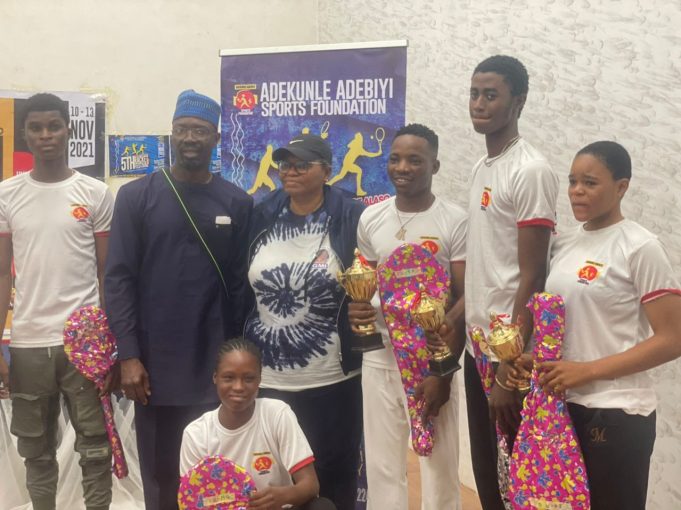 The three in one racket festival featured Tennis, Squash and Badminton ended on Saturday at the OOPL squash room on Saturday.

The President of Nigeria Squash federation, Boye Oyerinde disclosed that the federation will key more into grassroot tournaments.

Bode who was represented by the Chairman and zonal coordinator, north central Nigeria Squash federation, Yusuf Durosinlorun at the festival in Abeokuta.

He added that the standard of Squash had improved in the country.

His words, “The new administration is focussing more on the development of the grassroots which are U13, U15, and U19, we plan to expose them early. The Federation had made it clear that most of the tournaments will include junior tournaments. The standard of the game had improved and this is as a result of having regular junior tournaments.” he said

For the sponsor and promoter of the event, Adekunle Adebiyi revealed that the performance showed that the country is blessed with talents.

According to him, “I was impressed with the performance of these young ones that I have watched showed that all our efforts are not in vain. This shows that when you put a little bit of effort into things you will get the results. It is a national tournament and we are moving to do next edition in ondo state as far government provides us the facilities.” he said