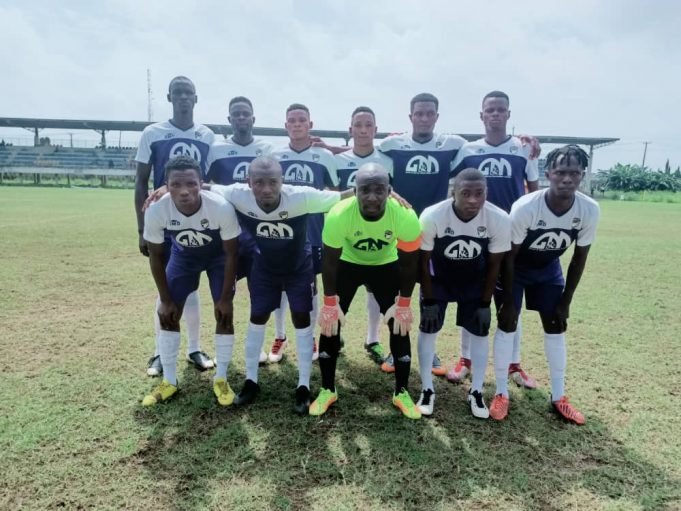 The Ogun state based football club, Egba City football Club has defeated the defending champion of SociaLiga Football League, Saints Football Club 1-0 in one of the match day two of Season five.

Egba City shocked the follower of the semi Professional League as they beat the Defending champion.

This is the first encounter between the two clubs at any level but all eyes where on saints before the encounter.

Going into the tie, the Saints left it late to secure a late 2-2 draw against Citizens in the season opener before losing to the hawks on Saturday.

The match live up to expectations with the hawks dictating the pace of the game in the early hour.

Oluwaferanmi Adebola came close in the 10th minute with an effort cleared off for a corner by saint goalkeeper.

Going into the half time break, the saints pressure to get an equalizer but their efforts always went wide.

The Saints continued with the pressure in the third but it was Egba City who resolutely defended their goal to avoid further damage.

Reacting after the game, the man of the match, Gbenga Akingbade revealed that he is happy to have an outstanding performance in the game.

Gbenga Scored the lone goal and saved a goal which allowed the hawks to seal her first victory in the league.

In his words, “I’m very happy for today’s victory, it is not easy to have a good time during a game , I give thanks to God for the victory” he said

WE HAVE SET THE PACE FOR OTHER GRASSROOT TEAMS AND WE...