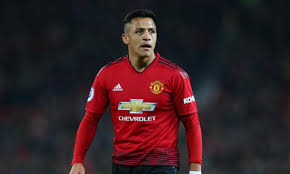 The just concluded Premier League season was a disappointing one for a number of players, who failed to live up to their reputations and high price tag.

Gbamm! Lists 7 flops from the just concluded 38 game-weeks as their future at the respective clubs looks to be in doubt ahead of the start of the campaign.

The Chilean forward had joined the Red Devils in a big money transfer from Arsenal in January, 2018, but failed to sparkle in his first six months, scoring two goals in 12 league appearances.

However, Sanchez’s fortune didn’t improve last season, as it took a downward turn. He scored just one goal in 20 league appearances and looked nowhere close to the value of a £490,000 a week player, as he constantly cut the image of a sulking isolated figure.

However, much more is expected from a £52 million left-back, who has won two Premier League titles in his time at the club, but wait for it, has made a combined 17 Premier League appearances in that period, with 10 coming last season.

For a World Cup winner –though he got no minutes in Russia- Mendy has to do much more, invest his personal time into staying fit, to enable his employers get more value from his talent and merely stop being comfortable with the tag ‘’king of social media’’ in Manchester City’s dressing room.

The former England number one goalkeeper joined Burnley in a £3.5 million transfer from Manchester City and was immediately installed as first-choice following injuries to Tom Heaton and Nick Pope.

Hart’s performances in goal were shocking and largely contributed to the Clarets’ early season struggles as he conceded goals like they were going out of fashion.

It will be a huge surprise if Sean Dyche doesn’t sanction the removal of his huge wage bill before the close of the transfer window in August.

Upon arrival, there were huge hope’s surrounding what contributions he would bring to the Red Devils’ midfield as he was seen as the perfect foil for Paul Pogba and Nemanja Matic.

While his commitment and work rate couldn’t be faulted, Fred’s quality was constantly questioned as he floundered in several midfield duels and moving him on might be an option for Ole Gunnar Solskjaer, but who will match his wages and price tag?

Arsenal weren’t conceding goals and fans publicly were beginning to hail the influence of the German World Cup winner’s positive impact on the team.

Fast forward two seasons later and Mustafi is one name the Gunners’ faithful dread seeing on the team sheet. He had a torrid 2018/19 campaign, putting almost every foot wrong and it remains a mystery how he managed to appear 30 times in the league.

It started well for both player and club, as Schurrle scored on his second appearance against Burnley.

The athletic and skillful forward disappointingly failed to showcase his big game qualities throughout the Cottagers’ struggles and was unsurprisingly axed from the team even before the end of the campaign as early as February, heightening speculation he would return to his parent club by June.

That was the case with Colombia international defender, Yerry Mina, who signed for £27 million but struggled in his first season in the Premier League making only 13 appearances and will need to drastically improve starting from pre-season if he is to stand a chance of forging a career with the Toffees next season. 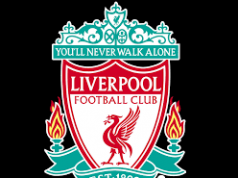 Arsene Wenger : ‘It will be tough’ for his successor, Moyes...