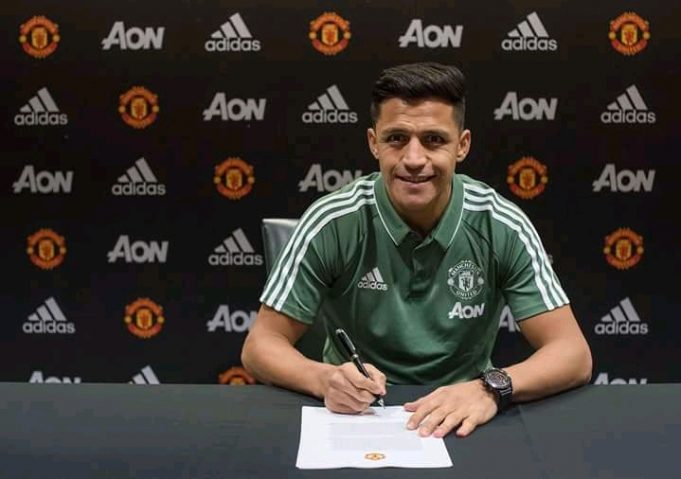 Alexis Sanchez insists Manchester United are the biggest club in England and says he nearly moved to Old Trafford when Sir Alex Ferguson was in charge.

The Chilean completed his move from Arsenal on Monday, with Henrikh Mkhitaryan heading to the Emirates as part of a swap deal, and will wear the iconic No 7 shirt at Old Trafford.

Sanchez spent three-and-a-half-years at Arsenal and it appeared as though he was heading to Manchester City before Pep Guardiola’s side ended their interest in the 29-year-old due to costs, but Sanchez insists he has always dreamed of playing for United and believes he has signed for the biggest club in the country.

“Since I was a young lad I’ve always said that my dream was to play for Manchester United, and I’m not just saying that because I’m here now and today it’s come true,” he told MUTV.

“I always said as a kid that I’d like to play for United and I once spoke to Sir Alex Ferguson about it. We chatted for around 20 minutes. And I told him that my dream was to come here to Manchester United.

“It really is a massive club, very powerful, and so now, when I got the opportunity to come here, I looked at the badge and my hairs just stood up on end because it’s a powerful club and the biggest in England.

“I’ve always been motivated by this club, by their red colours, which have always stood out for me and I’m genuinely saying this from the heart when I tell you that this is like a dream come true for me, playing for Manchester United. It makes me feel really happy.”

Sanchez, who won two FA Cups during his time with Arsenal, insists he wants to win the Premier League and Champions League at United and says he will be able to fit into Jose Mourinho’s side.

“I believe that at this club it’s possible to achieve anything,” he said. “The badge says it all, it’s a huge club on a worldwide scale, and I want to come here and win everything: the Premier League, the Champions League, and whatever comes the club’s way in the future.

“I’m a player who likes to win everything. I’m very professional in everything I do. I live for football. I love football. It’s what I’m passionate about. I train hard every day and after a game I try to look at what went well and where I can improve.

“I really like to play down the left, through the middle but to tell you the truth, as long as I’m playing football, I’ll fit in anywhere.”

Sanchez said the opportunity to work under United boss Mourinho was a major factor in him deciding to move to Old Trafford.

“He [Mourinho] indicated it is important for the club for me to be here. I also believe that the club itself cared about me joining, and I got the impression that they were keen for me to come here and wear the No 7 shirt.

“I think that also gets through to the player. Players sometimes need to feel important and loved by the club. That was one of the things that attracted me to come here, along with the manager, who is a person who won everything in Italy, the same as he did in Spain, and he’s a manager who likes to win.”

Breaking: Germany OUT of World Cup‼

The conversation with Frank Lampard which helped Jorginho win over Chelsea...