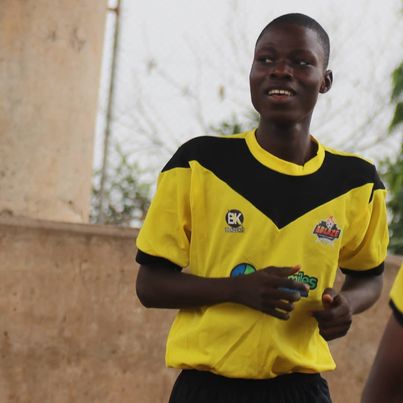 Taye has been on the other end of criticism over the last few months as he struggle to replicate his last year form.

He has been switching off and on in performance, however the young striker has been influential in most of the Blazer’s recent win including against Iganmu FC

Salami Taye is the academy’s all time goalscorer followed by Obayemi Michael however he has been off that track for a while.

Taye has struggled with his ability to run down an opponent defense, his 1v1 abilities and the creative aspect of his game coupled with scoring, it was a total shamble.

However in the last 5 games, the point man has been a menace to the opposite side defense, also netting twice and recording two assist.

The manager believes he is now looking hungry and willing to keep giving his best at all point. He is not looking to stop pushing.

Taye is looking prepared ahead of the preseason, he also believes if he gets his form back he can get his squad to the title race back at the Kosofe League.