Many Nigerian fans have been asking
themselves how Nigeria would escape
should the Super Eagles find themselves
in a group that has the likes of
Argentina, England or Brazil.
But here we bring you reasons
Nigerians should not be scared of the
World Cup draws which will take place
in Moscow on Friday, December 1.

1. Unbeaten run in the qualifiers

The Super Eagles did not only qualified
for the 2018 FIFA World Cup in Russia,
but they finished the qualifiers
unbeaten in a group that has two
former African champions Zambia and
Cameroon.
Super Eagles’ performances in the
qualifiers have confirmed their
readiness that Gernot Rohr’s men can
face any opponent at the 2018 World
Cup in Russia.

Recently in an international friendly
game, Nigeria came back from a goal
down to beat mighty Argentina 4-2 in
Russia. This is also an indication that
the Super Eagles have enough fighting
spirits ahead of the 2018 World Cup.

3. Experience at the World Cup

Of all the countries that will represent
Africa in the 2018 FIFA World Cup,
Nigeria have the highest appearances in
the World Cup as they have gone to the
championship six times.
Experience is expected to be of great
help for the Super Eagles in Russia 2018
where the World Cup will take place.

Recently, the Super Eagles are said to be
the best team that will parade the
youngest squad in the 2018 World Cup
as the likes of Wilfred Ndidi, Shehu
Abdullahi, Leon Balogun, Ola Aina Alex
Iwobi, Moses Simon, Kelechi Iheanacho
are expected to shine in Russia. 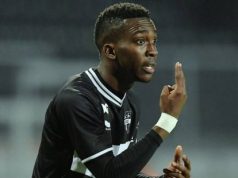