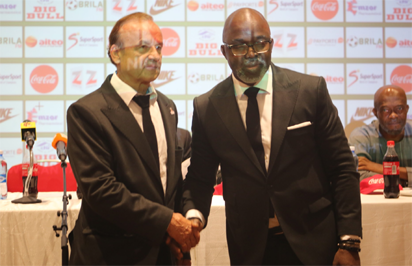 Super Eagles coach Gernot Rohr has reacted to speculation linking him with a return to Bordeaux ahead of the 2018 World Cup, saying his priority is to be in the Super Eagles dugout at the mundial.
The former Bayern Munich defender managed the French Ligue 1 club for six straight years and led the team to the old UEFA Cup final in 1996, where they lost to the German champions over two legs.

‘’I have not been contacted to resume at Girondins de Bordeaux,” Rohr told Téléfoot.

“But I’m under contract with Nigeria, we’re going to the World Cup, it’s an adventure that interests me first and foremost.”

Recently, the Nigeria Football Federation confirmed that Rohr has penned a new two-year contract extension that will see him remain coach of the national team until at least 2020.