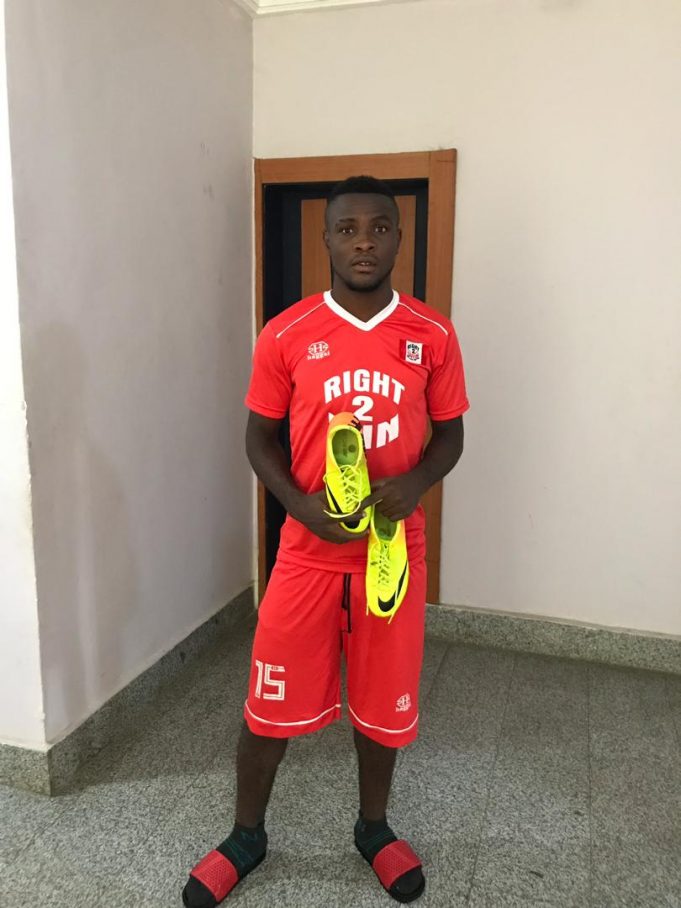 Nigerian striker Chinaza Miracle Nwatuobo, a product of Abia State based Right2Win Sports Club who played for Remo Stars last season in the Nigeria National League is on the verge of signing for a club in Europe.

It is unclear which club will acquire his services with interests coming from Russia, Moldova and Romania for the terrific lad.

FC Sheriff Tiraspol and FC Petrocub Hîncești both of Moldova, CFR Cluj of Romania and few other European clubs are keen about having the fast, strong, energetic and charismatic goal poacher and Right2Win inside sources confirmed that he’s expected to make a decision soon.

Chinaza Nwatuobo was spotted leaving the country a few weeks ago in company of the President of Right2Win, Engineer Kelechi Orji Nnorom, when quizzed about the destination of the striker, the Right2Win supremo confirmed that something was in the offing.

“Though nothing has been agreed, some clubs are seriously interested and we are working on taking a decision that will suit the growth of the lad, we are quite optimistic of getting a deal over the line before the close of the winter market”.

Chinaza Nwatuobo has a terrific right foot and a deft left with, he plays effectively with both, he is also a threat for defenders when it comes to aerial duels.