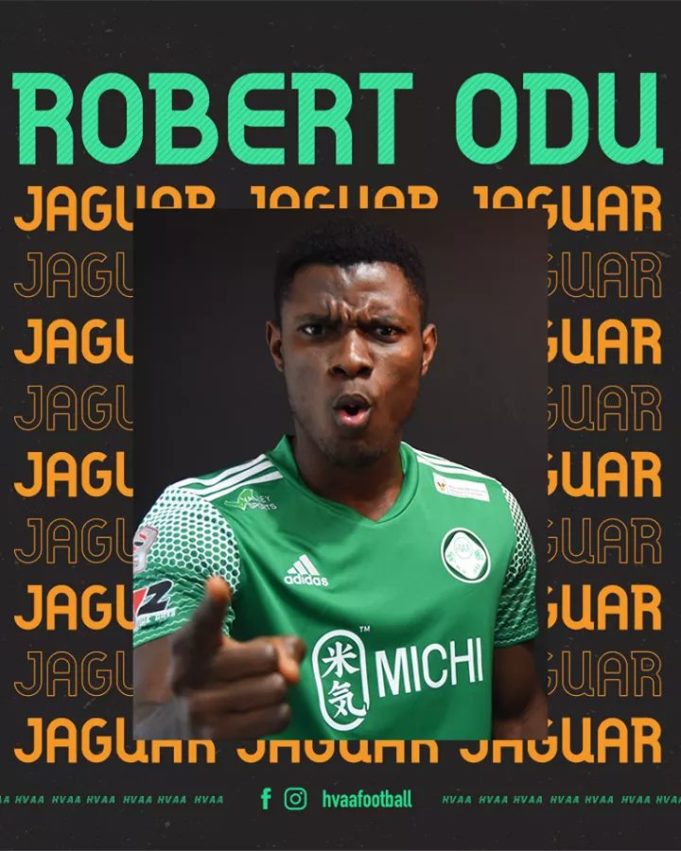 Robert was a product of Higher Institution Football League(HIFL) competition, Where he represented University of Lagos Marines (UNILAG MARINES)

The 21-year-old was a graduate of Law from University of Lagos and Represent Remo Stars last season in Nigeria’s Second tier.

Remo Stars is known for producing young enterprising talents for both domestic and foreign clubs across Africa and beyond.

Robert announced his new sojourn on his Twitter page, “Glad to announce that I’ve just signed a Deal with Happy Valley FA in the Hong Kong Premier League. Looking forward to continue working hard and helping my new team achieve our set goals for the season in a new Environment.” he said

​Still need ‘to work like hell’ to finish off City, warns...