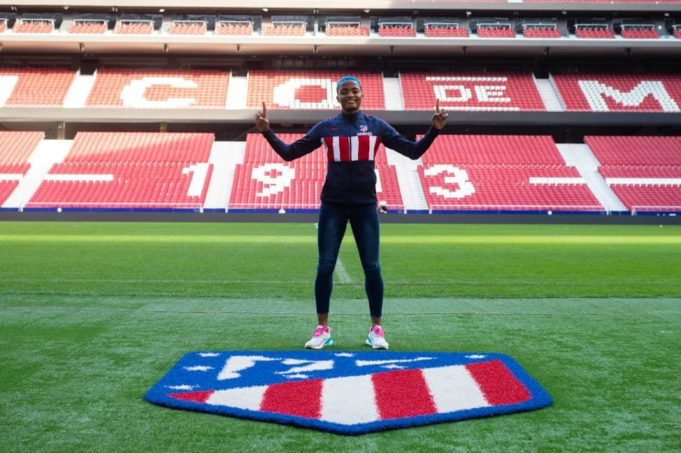 Super Falcons forward, Rasheedat Ajibade  joined Atletico Madrid Feminino on a two-year deal after departing with Norwegian Toppserien side, Avaldsnes as her contract end with the club at the end if the season

Reacting after joining the Spanish based club, Ajibade said she is ready to give the club her best

“It is a great privilege & joy for me to be joining Atletico Madrid Feminino. It is an opportunity I will never take for granted, and I am ready to give my all to push this great club to even greater heights.” She said