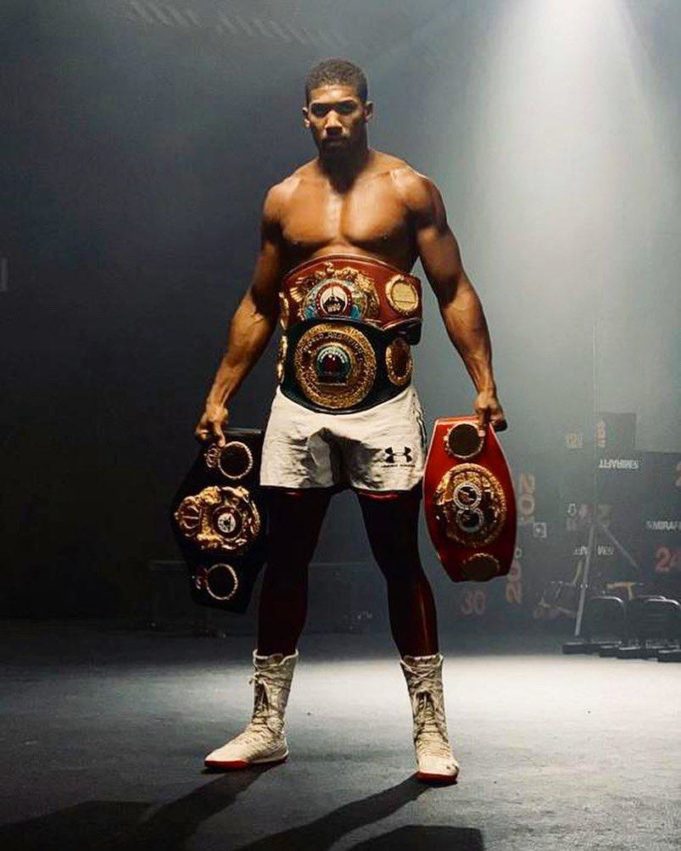 According to Femi Adeshina, President Muhammadu Buhari has showered praises on Anthony Joshua for his victory over Kubrat Pulev on Saturday night at Wembley.

The Nigeria-born boxer who retained his IBF, WBA, and WBO titles by flooring Pulev thrice with two coming in the final rounds. This victory has moved the Joshua closer to a fight against Tyson Fury who holds the the only major belt not in possession of the Nigerian.

A showdown is expected next year following a superb won on Saturday night in front of of 1000 spectators including Floyd Mayweather Jr.

According to reports, Promoter Eddie Hearn has promised he would do everything to make Joshua Vs Fury happen. He said, “There’s been a lot of talk, as he said, it’s less talk, more action. Since he came into the office, he wanted to be the undisputed champion of the world.”

The President recalls his meeting with the heavyweight champion in London earlier in the year, describing Anthony Joshua as a humble, well brought up young man, who will still go places as he wishes Joshua all the best in his dream fight against Tyson Fury, saying he has the prayers and goodwill of Nigerians going with him.

AFCON QUALIFIERS: We will not Underrate the Leone Stars – Rohr ﻿

‘Conduct fresh election into your board’ – FIBA orders NBBF