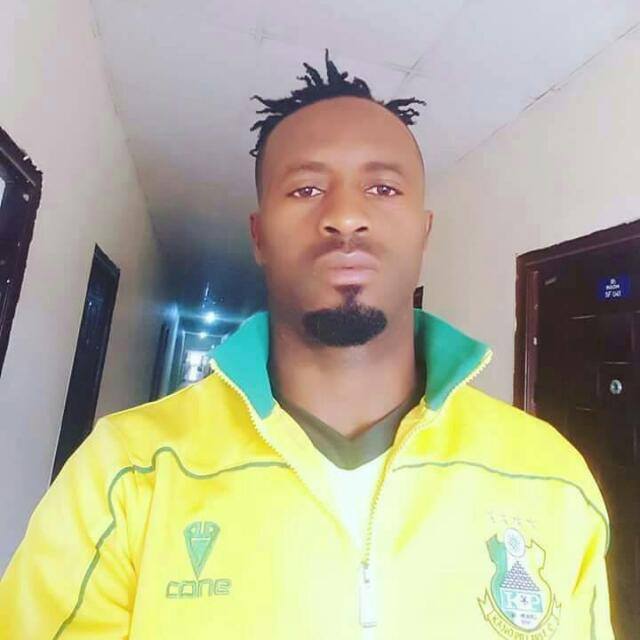 Kano Pillars Football club has described the untimely death of its central defender Chinedu Udoji in a ghastly motor accident last night as shocking and a great loss to the football family.
The club’s Technical Committee chairman, Alhaji Faruk Haladu in a statement signed by its Media Officer, Idris Rilwanu Malikawa, described the  late player as an asset and a dedicated player.
Haladu said Udoji lost his life in a ghastly  motor accident along independent road in Bompai area in the State capital.

The club said the player was heading to his residence in Badawa quaters after he visited his former club, Enyimba FC after  the Week 9 encounter which ended 1-1 on Sunday.
The club said Udoji was alone in  his car with registration number KSF 499 BF when the accident happened.
The corpse  of late Udoji has been deposited at the  Murtala Muhammad Specialists Hospital kano and the incident reported to the Bompai Police Division in kano.
Haladu said the management, technical crew, players, fans of the club and the  entire football family in kano are in shocked this morning following the death of the player.
He said the club officials are processing all  necessary documentation before taking his corpse to his family for burial rites.

Why Iwobi was dropped from Super Eagles’ squad for World Cup...