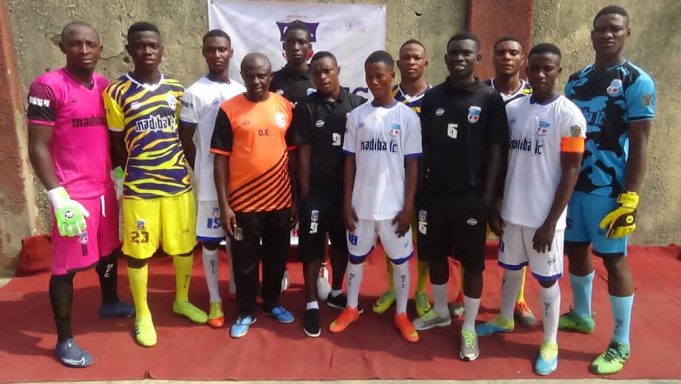 Ahead of the commencement of the Nation wide league one, Madiba football Club has unveiled 30 players and jerseys for the competition.

Unveiling the players and jerseys on Monday at the Jalisco field, Oshodi saw the team unveiled three jerseys which include home , away and third kits.

Speaking to NAIRA SPORTS, Head Coach Emmanuel Okpula has said that the team is fully ready that they have been doing well in recent games and they have all it takes to conquer.

“I know my team because they their team and 90 minutes will tell at the end of the day, we have been doing very well in our test games which will give us edge over pother team in our group”.

For the team captain, Fadeyi Sunday said the team will not disappoint the fans and management that they are fully prepared.

“we have been training alots because we have top tems in our group which will give tough time and we have fully prepare, we know we will not disappoint our fans and the team management, we will come out victory in the group because we Have young Talented players in the team” he said

Madiba will start her campaign on Tuesday against Spartan by 2pm at the Remo Stars Stadium, ikenne.