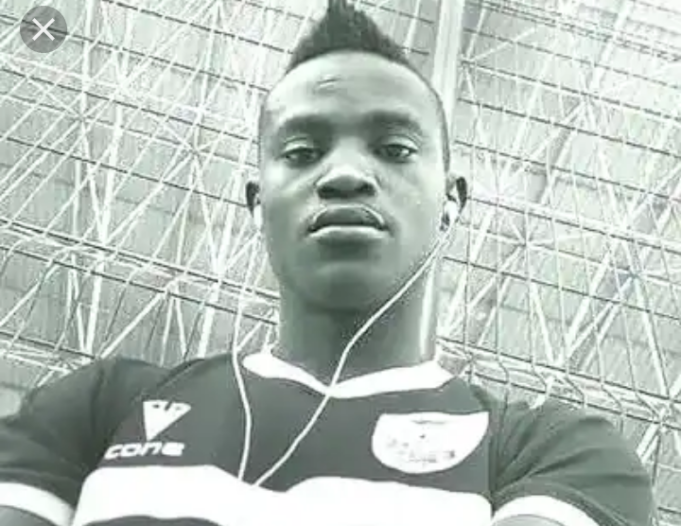 He was world champion with Nigeria’s Golden Eaglets at the 2015 FIFA U-17 World Cup.

Investigation revealed that NFF owed the player match bonus and camp allowance which worth 4000 US Dollar and another 400, 000 Naira

The father of the deseased, has therefore cried out that he wants the whole Nigerian to help him beg the NFF and Amaju Pinnick to come to his rescue and pay his late son’s outstanding.

According to him, “I pray that almighty God touch the heart of Amaju Pinnick with his holy hand so that he can have a rethink about this very small boy.

“There has not been anything coming forth from the NFF,I want to thank Austin Popo who has been trying his best and checking to see the condition of the son my son left behind as well as the chairman President of the players Union, Tijani Babangida (MON).

“At the point when my son was undergoing operation at the Stella Obasanjo hospital in Benin, they (NANPF) have been coming around until when he left and they are still checking on us, a big thanks to them

“From the NFF, nothing has come except from friends of my son and individuals who have been supportive to us since the demise of my son.

“I understand that some money have been given to NFF by FIFA for them to offset the players they are owing from what I heard from the radio.

“Up till now, I have not heard anything from the NFF about how they want to pay my son’s debt to the family.

“My son was called to represent the U17 of the country while playing for Gombe United, but did not make it to the world cup because of MRI

“He played alongside Obreadwinner were room mate back then and now you can see that Osimehn is a bread winner which my son would have if he was to be alive by now, but the wicked of the world took him away from me.

“The Polipolicemenned and up till this time now about four years, I won’t blame the police men maybe the investigation is still going on, but while that is going on, look this boy, he will have to eat, to go to school, to clothing and with my little pension I have been scratching myself to make sure that he is been taking care of and he is attending one of the best school.

“He met his death three days a to his departure to Argentina where he signed for a club, and the FIFA sent condolence message to the family and NFF”