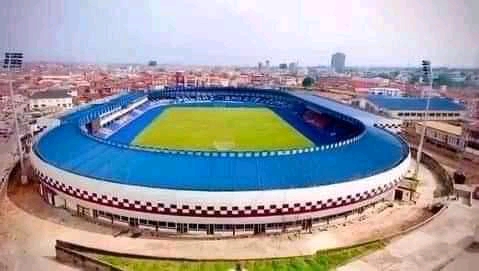 There was a leak, then a thud. One side claim the state is scammed. The other said the state should scream. There was a scam. And a scream. Scam for the leaking roof – and the water logged pitch. Scream from the spectators across the stadium and at home. These two sides – each claiming to know the truth. Their truths. Not The Truth. And the majority caught in this crossfire of politics of mudslinging? One part echoed the Governor as the savior, the messiah whose groundbreaking projects are coursing through the state nooks and crannies. The other cried loud saying there is more to see than meet the eye, that the man is a wolf in sheep skin. That his gentle mien is pretentious and dangerous. Isn’t that the definition of confusion?

Who to believe? Fact or farce. Party ‘A’ or ‘B’. Or take intuitively independent decision based on what’s on ground? The confusion was apparent. And it almost ruined the excitement of the moment. But the first night of September 2021 will forever remain historic, and symbolic same as the 1988 official commissioning of the stadium. Yes, the Lekan Salami Stadium, Adamasingba, Ibadan was remodeled to host 3SC and FIFA matches, it gulped billions of naira and is now of an international standard. To say the stadium is back to life again after years of rot and decay would be an understatement. And then a leak, a minor leak, a harmless leak that almost ruined the show but for people’s patience in separating the wheat of opposition’s propaganda from the chaff of ruling party’s counterintuitive narrative.

That night again exposed the underbelly of our political elites and their hangers-on attempts at spewing gibberish in support of their masters and desperate attempt at muddling conversation both online and offline. You can call these guys conmen, though different from the common men on the street and you are right. Call them lickspittles and bootlickers, and you are right as well. One party portrayed the leaked roof as inconsequential compare to the foresight of the Governor in breathing life back into moribund stadium while the other feel the remodeling is no more than a face-lift with clandestine plan of siphoning tax payers money.

But the jubilant and excited spectators were at the receiving end of this leak. For there can be nothing of such in VIP stands. There could never have been. The bigwigs came not with wet attires and won’t return with soaked clothes. The contractor was careful and mindful. A mess can be allowed once it respect those at the top. But the people, the average man, the haves-not, they can come dry and return wet. After all, the game is free. And the most expensive gift in the world, is a free gift.

The first game ended in draw. And that’s because the Governor is on the score sheet. From a penalty that wasn’t supposed to be. You could see the excitement on His Excellency’s radiating face. That infectious excitement quickly spread across the state. And a short clip of the Governor’s mercurial penalty quickly went viral, eliciting wild laughter even from his staunch foes. Here is the Governor, who’s as calm and relax on the pitch of play – that would soon be soaked once the real match kick-off — as he is in his palatial office. And the opposition is sad about that calmness. How could this man remain and maintain calmness and relax posture? In this way, the opposition went shopping and on a desperate look-out for any slip up – in the whole project. The leaked roof and the water logged pitch became the red meats of their political calumny.

The leaked roof and the water logged pitch are fixable glitches. And we can take the contractor for its words. We can be assured the handler of the project will do the needful and deliver a pitch that can hold water and shield people from the pelt of rain — in future matches. We can be assured the contractor will be scolded for taking this embarrassment with levity. For all intents and purposes, the remodeled Lekan Salami is another of Governor Seyi Makinde strategic project. And its completion shows he is keeping to some of his promises. The Iseyin /Ibadan road completion is another. And what about the moribund Ibadan airport? These are what should keep the opposition on its toes and not mere slip-up which doesn’t hold much water or swing people’s disposition toward the Government.

Outside the leak roof and the wet pitch came another attention grabbing headline: Royal Fathers denied entrance into the stadium main bowl. One paper said the security operatives were over-zealous. That they were uncompromising, unbending, and determined to follow the rule and the law and order to the latter. Then the royal fathers turned back. Out of sight and back to their palaces.
Further again, another version of the story claim the Royal fathers wanted to majestically match into the stadium with their coterie of aides. Abomination. The disrespectful officials screamed. The over-zealous security agents have shown contempt for our culture, tradition and norms. Maybe we need to tell them our royal fathers are custodians of our heritage and an attempt to rubbish them is an affront to us all – we won’t take that lightly. The remodeled Lekan Salami stadium is back, better and stronger. And the little drama on and off the pitch only added flavor to the camaraderie around that epoch making event.

OYO101, Muftau Gbadegesin’s opinion on issues affecting Oyo State, is published on Saturdays. He can be reached via muftaugbadegesin@gmail.com and 09065176850.