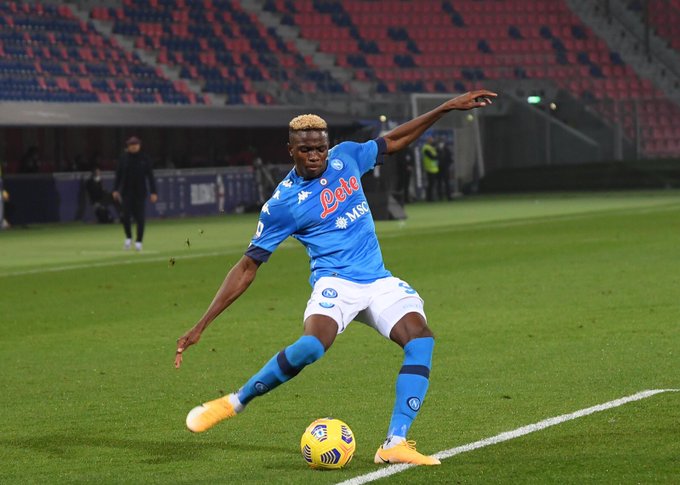 Osimhen missed the last UEFA Europa League match against Croatia club HNK Rijeka on Thursday and returned with a goal for the naples .

Napoli who lost the last league match to Sassuolo were looking for ways to redeem the battered image in the league.

Sunday’s match against Bologna was a perfect one as they secured a maximum points in a keenly contested encounter .

It was the former Golden Eaglets striker that netted the winning goal in the 23rd minute of the encounter.

All the efforts of the home team to equalize the match proved abortive and all the threat of the Bologna was nullified by Napoli defence led by Khalidou Koulibaly who also has a goal disallowed.

Osimhen was replaced in the 83rd minute by Elmas as the manager need to bring defenders to run down the game.