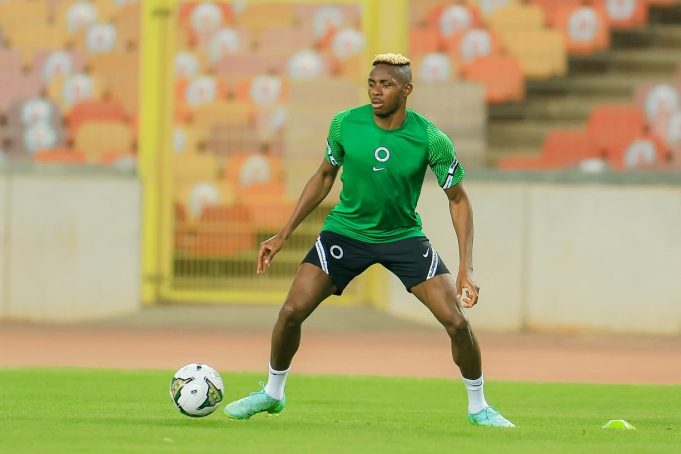 The former Lille attacker equalled his 13-goal return scored in his only season in the French Ligue 1 as he doubled Napoli advantage. He has now equalled his highest career league return having played three fewer games.

The former Wolfsburg forward had scored 13 and assisted 5 in 27 league games in the one season he spent in French football in the 2019/20 campaign.

Osimhen assisted Napoli’s third goal for Hirving Lozano – his 5th assist in 24 games as he also equalled his previous highest in Europe.

He was a thorn in the flesh of the Sassuolo defense all afternoon, running the channels and creating for his teammates.

Osimhen thought he’d scored Napoli’s sixth of the game and his 14th of the season in the 72nd minute but was ruled offside. He was substituted in the 77th minute.

His 18 goal contributions in 24 games is the best in Napoli and one of the best in the league this season.