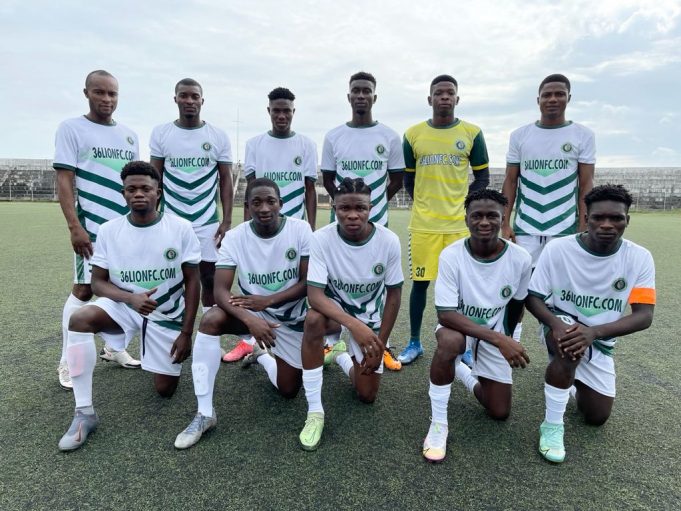 36 Lion were held to a 1-1 draw by AS Cotonou in the tour of Benin Republic as the highly-anticipated game with AS Cotonou ended in a stalemate on Wednesday morning.

The two clubs based locked horns at Stade René Pleven d’Akpakpa aiming for a win in the friendly.

Following a bright start from both sides in the first half, fans were treated to exciting football as 36 Lion and AS Cotonou opened up play and went on successive attacks.

The roaring Lions drew the curtain raiser on the stroke of halftime through Joe Oloko. The forward latched on a delicious pass from Azeez Oseni to score.

With 36 Lion led by Nigeria youth international Oseni resuming the second half to give it their all, they should have doubled the lead.

AS Cotonou grabbed the equalizer in the 79th minute via penalty.

The determined Lions were unable to find a winner thereafter which left Oseni and his team-mates disappointed.

“I think we deserved more, but you have to show more also on the pitch,“ the attacking midfielder told the Media post-match.

Speaking about his form so far, he added: “I think I’m good, I’m good. The team, we all good. Training well, we arrived here very focused as always and like I said I always give my best on the pitch and give my heart to help my team-mates. So we need to keep it up, we keep improving and I wanted to win today – that’s why I’m disappointed with the result.”

Sunday Oliseh reveals why he was suspended at Fortuna Sittard