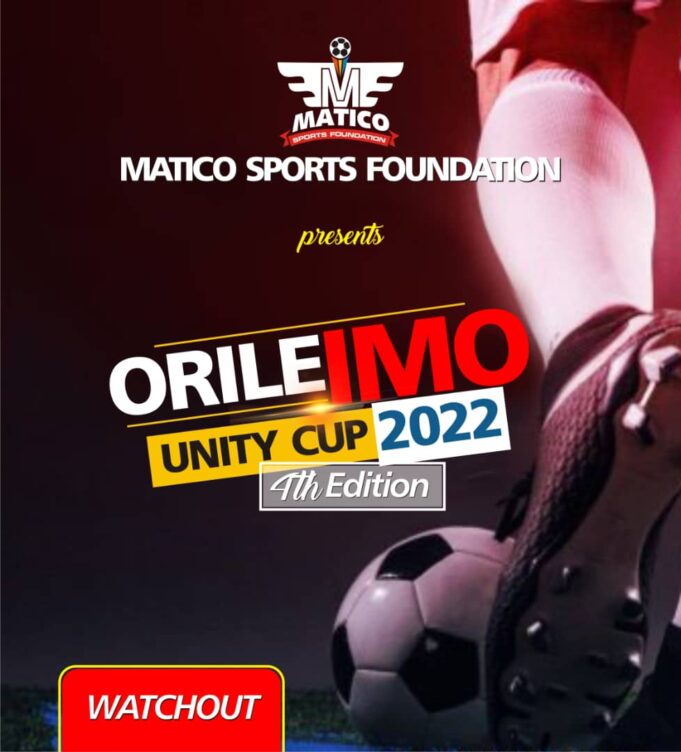 The fourth edition of Orile-Imo Unity cup received boost on Saturday as a multinational company, Adekunle Ajayi Company Limited has agreed to sponsor the football competition.

The CEO, Adekunle Ajayi Company Limited, Mr. Adekunle Ajayi disclosed this to newsmen after meeting with the organizer of the football tourney, MATICO Sports Foundation.

Mr. Adekunle said the sponsorship was part of his company’s Corporate Social Responsibility (CSR) for youth development in Ogun state.

The United Nation Ambassador.l was recently recognized by the Ooni of Ife for young entrepreneurship.

He assured the organizer to make the annual event a carnival-like with mouth watering incentives to add glamour to the competition.

Adekunle Ajayi Company Limited is a real estate investment with buying and selling of landed properties.

The free age championship will kick off on October 30th and Ends on 3rd December.

The organisers also promised a hitch free championship backed by quality prizes for teams and individuals.

Adebowale added that the competition will also keep the youths busy and engage them to move away from social vices.

He said the sum of N225,000 is up for grabs for the emerging champion, first runner-up, and third-place winner.

Ghana Vs Nigeria In History

Ramadan Cup Kick off On Monday