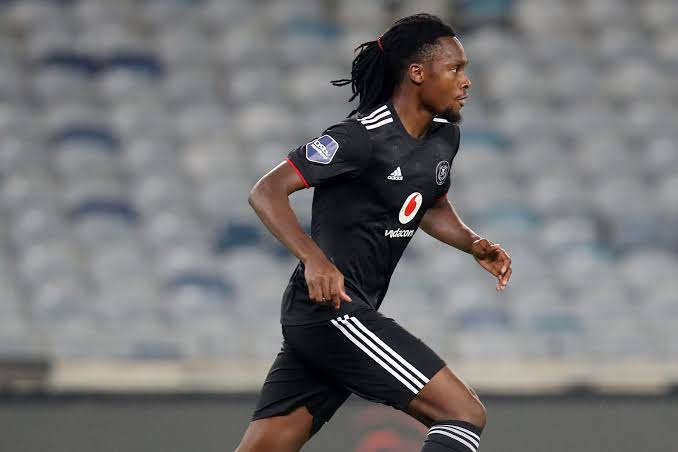 Super Eagles and Orlando Pirates defender, Olisa Ndah has said that he is optimistic of a good run as the South African Football season begins next month.

Olisa, who was instrumental for the Buccaneers in his just concluded debut PSL season where he played 21 games including the CAF confederation cup final against Rs Berkane in Uyo. They further lost to the Moroccan side via Penalty shootout at the Godswill Akpabio Stadium in May.

But as the new season starts in August, Olisa would be working with a new manager, Jose Riveiro who was appointed last month to take charge from Mandla Ncikazi.

According to the 24-year-old defender, he believes it would be another series of learning under the Spaniard gaffer.

“Last season, was not the best season for me but I can say for a fact that we had a decent one, hoping that this season will be different”

Ndah went further to congratulate Rivers United for its heroic performance in the just ended NPFL season saying the rewards from the Governor was a great motivation to the team.

Ndah a league winner with Akwa United in the 2020/2021 season raised eyebrows over the promised #100 million by the state Governor which is yet to be fulfilled.

“I have friends in Akwa United and I speak regularly with them. The Club Chairman, Mr Paul Bassey is a good and honest man, I believe that when such funds are released to the team, every member will be contacted.”

Orlando Pirates will begin its 2022/2023 Football League Campaign at home against Swallows FC on August 6, 2022.