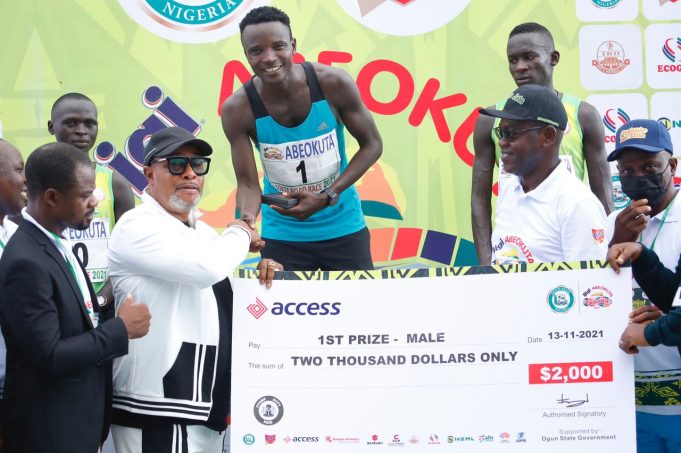 Ahead of the African Youth Games, the President of the Athletics Federation of Nigeria, Chief Tonobok Okowa have charges athletes to be ready for the games.

The African Youth Games expected to take place in Ethiopia next year, the president urged the coaches to pick to select the best legs with the motive of preparing them for the Games.

He had also lifted the spirit of some long-distance runners with more than N1 million after meeting with them in Abeokuta on Saturday.

Okowa revealed during the meeting that there is need to invest in the athletes so as to make the country proud in international competitions.

While agreeing on the date to start camping in Jos, Plateau State, the national team coach, Steve Nuhu, was tasked with the duty of preparing the athletes alongside some of the senior athletes in the team.

Emmanuel Gyang, Ismael Sadjo and Rose Akusho, were also drafted into the team to help the junior athletes gain experience.

To this effect, the AFN president released the sum of N1million to the team to start the camping from December 1, 2021 with the athletes and the officials expected to go home for holiday by December 22 before returning on Monday January 3, 2022.

“We are looking at the athletes competing favourably with their counterparts from Kenya and Ethiopia,” Okowa said.

“Now that we have identified some of the problems affecting the athletes, like not eating well and the likes, there is need to invest in a solution and that we have done with the agreement of the athletes and the coaches.

“There will also be need to monitor what they are doing and to make sure they have the best before we release them to the Federal Ministry of Youths and Sports Development.”

While appreciating the AFN president, the athletes and the coaches promised to give it their all as they have been looking for such opportunity for so long.