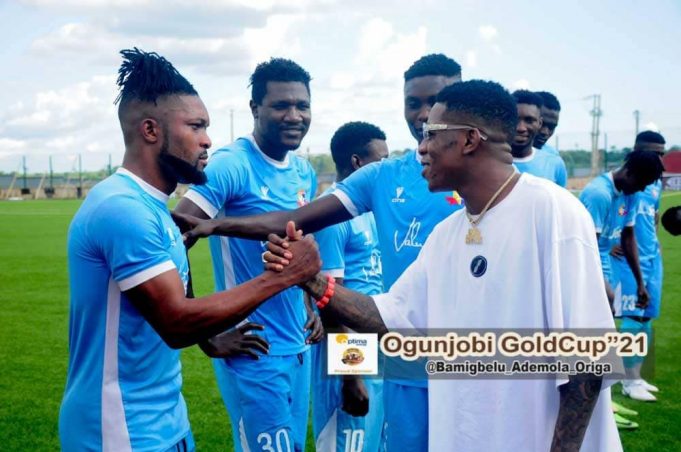 Nigerian Afro-Pop recording artist and performer Adekunle Temitope, better known as Small Doctor on stage has urged both Remo Stars and MFM FC to win the 9th edition of the Ogunjobi Gold Cup pre-season tournament holding in Ikenne and Sagamu.

The ‘Omo Iya Teacher’ was a surprise guest at the Remo Stars Stadium venue of the high profile Southwest derby.

Small Doctor before the kickoff of the game exchanged pleasantries with players and coaches of both teams as he urged them to embrace the spirit of sportsmanship.

Fans in their numbers at the stadium cheered on the Afro-Pop star who watched the first half of the game before leaving to attend to other personal engagements.