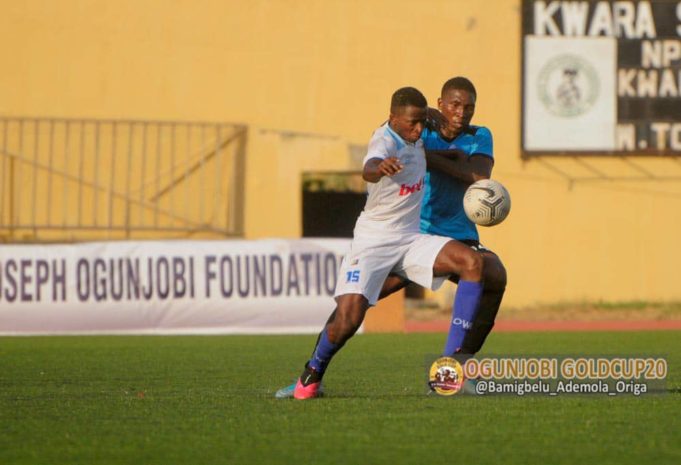 Ibrahim opened the goal chat in the third Minutes in a goal mouth scramble situation, Eight minutes later Wakili Musa levelled for Tornadoes from a cross.

The sky blue Stars Boys regained the lead in the 16th minutes as Ibrahim tuck in a pass from Miracle Chinasa, with just a minute to the half time wakili levelled again.

With Ibrahim’s Brace against Tornadoes, Remo stars advanced to the Semi final with Seven points from Group B

Reacting after Scoring his third goal in the competition, Ablaze Academy product promised that he will still score more goals.

According to him, “More goals still coming and i will help my team get to the finals, I was so excited and couldn’t believe my face but I believe with me having Allah by my side nothing is impossible for me” he said

Remo stars had earlier defeated Kwara united and 36 lion, 1-0 and 3-0 in Matchday 1 and 2 respectively.