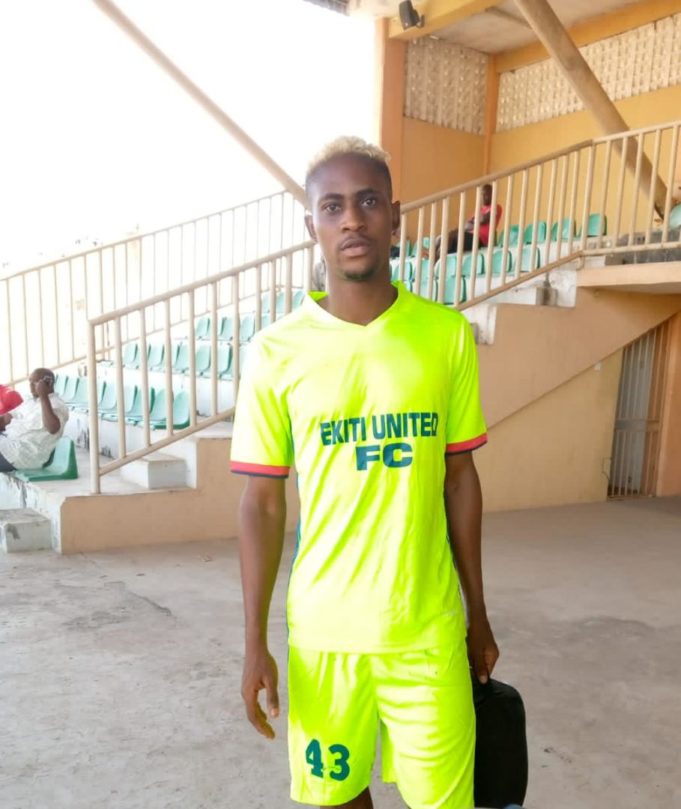 Eksu Galaticos and former Oluskimet player was in action for Ekiti united against ABS. The striker played for 70minutes before substituted.

Suraj told NAIRASPORTS that he doesn’t know his plans maybe he will stay with the club and that it lies in the hands of his agent. Suraj spoke further that something is cooking at the moment but will be announced very soon.

However, the 2020/2021 Nigeria National League will resume three weeks after the kick off of the Nigeria Professional Football League.

Ekiti based football club, Ekiti united have been intensifying in their abilities to stay prepared as the resumption of the league draw closer