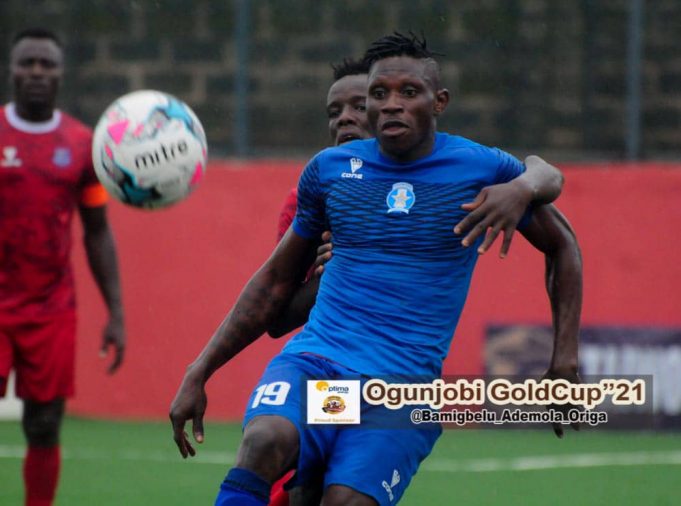 Shooting Stars will go head-to-head with Remo Stars in the final of the 9th edition of the Ogunjobi Gold Cup, after they defeated MFM FC 3-2 on penalties in the second semi-final match of the pre-season tournament at the FC Ebedei Stadium, Sagamu.

3SC two goalkeepers, Tambe Charles and Detan Ogundare were the unsung heroes in regulation time and during the spot kicks, as their brilliant saves shot the Oluyole Warriors to their first ever final at first attempt.

It was drab first half as both teams failed to create any clear cut chances as the first 45 minutes ended 0-0.

The game got to life in the second half, as in the 63rd minute when Alabi Oladayo’s shot at goal from a free kick from 30 yards was punched away by Tambe to keep a clean sheet.

Shooting Stars had the chance to win the game from the first touch of substitute Elijah Okigbo, but the midfielder put his striker from Gafar Olafimihan’s pass up the woodwork for a goal kick to MFM FC.

The Cameroon shot stopper was called to the rescue again late in the game to deny the Olukoya Boys what could have been the winning goal.

As the clock got to 90 minutes, and with spots kicks to decide the team that will meet Remo Stars in the final, Shooting Stars coach, Edith Agoye, then introduced their penalty specialist goalkeeper Detan Ogundare into the game.

Detan, a former Flying Eagles shot stopper made no mistake in the shoot out as he stopped two MFM FC penalties to send 3SC to the final.

The Southwest Derby battle of stars will ignite the Remo Stars Stadium in Ikenne on fire on Saturday.

Pressure on PSG after back-to-back defeats