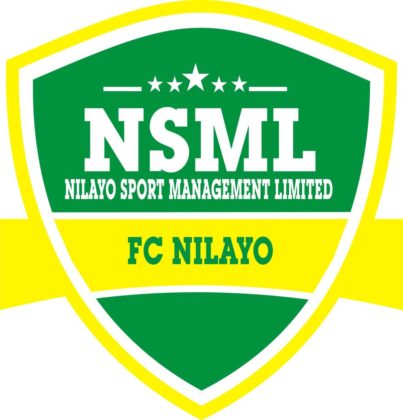 General Manager of the Club Mr Lekan Kelani confirmed that the partnership has been sealed and the deal takes effect immediately the 2020/2021 Nigeria National League kicks off.

President of FC Nilayo Mr Ebidowei Oweife expressed his profound gratitude to the Babalaje of Ilaro, Otunba Wale Saranda, the owner of Western Quarry Limited for keeping to his words and partnering with the club

“We are very happy, we are grateful for this opportunity and it definitely means we are doing something right. We definitely will not relent”.

General Manager of FC Nilayo Mr Lekan Kelani also expressed his delight and confirmed that his Boys will be ready to roar once football returns in the country.

“This definitely is a morale booster for the boys, they are eager to return to the pitch and this deal will spur them to deliver better when the league returns so that more good tidings will come our way”

The owner of Western Quarry Limited Chief Wale Saranda, a prominent business mogul, Philanthropist and iconic son of Ogun State on sealing the partnership with the Nigeria National League side said it is one of the little ways of adding value to the lives of youths in Ogun State and Nigeria as a whole.

He said “I am very delighted to do this, it’s a partnership that will work for long, so many people are involved and it’s a way of giving youths a means of livelihood for a better Nigeria”.

He added that he is a very passionate supporter of Nigerian Football and will not leave any stone unturned in ensuring that Football in Ogun State becomes more than just a game to the good people of the State.

FC Nilayo is owned by former Commissioner for youth and sports in the Gateway State, Hon. Bukola Olopade who is also the Chief Executive Officer of Nilayo Sports Marketing Limited.

Why Vandrezzar FC relocate to Lagos

Tokyo Olympics – Five ‘Nigerians’ Who Won Medals for Other Countries