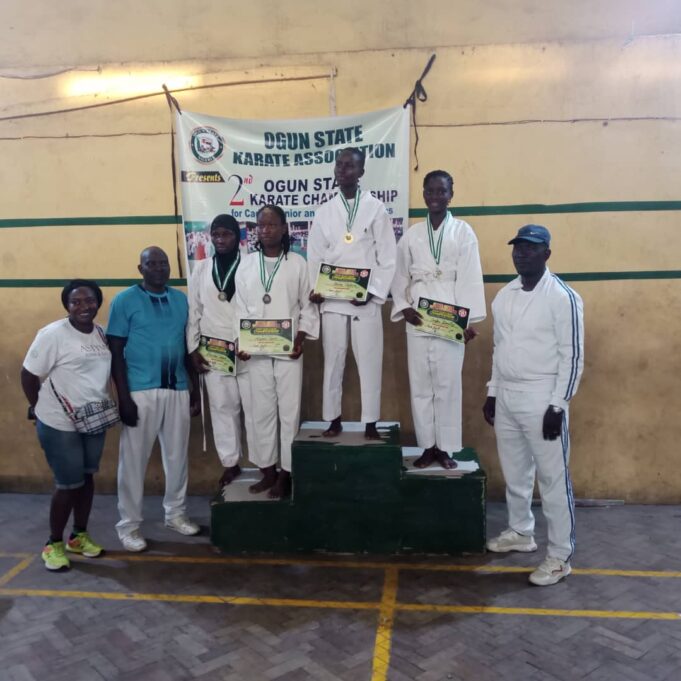 The second edition of the Ogun State Karate Championship has ended in Abeokuta with a call on governments at all levels and corporate organisations to assist the sport with the provision of facilities and kits towards the development of the game.

The Vice Chairman, Ogun State Karate Association, Dr Ojo Imolemitan made the call while speaking at the competition held at the indoor hall of Alake sports centre, Ijeja Abeokuta.

Dr Imolemitan who described the Karate as a sport good potential of bringing many laurels to the country said government must invest resources in the game towards raising future athletes for the country.

The Vice Chairman who stood in for the chairman of the Ogun State Karate Association while expressing excitement over the turn out of Karatekas said the future was bright for the game with adequate equipment and facilities in place.

Mrs Rotimi encouraged other associations to tow the line of karate association in a bid to discover budding talents for the state.

Earlier, the head coach of karate in the state, Mr. Tajudeen Abiodun explained that the competition was aimed at discovering budding talents during the children long holiday stating that the turnout was impressive with about one hundred and twenty participants.

The one day Karate championship for cadet, junior and under 18 had the National Karate officials in attendance with athletes from within and outside the state.